Are you charging enough? 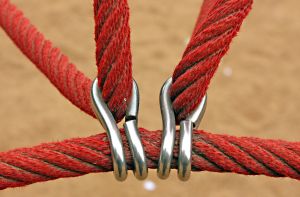 Do graphic designers need a union? Perhaps, if you're not charging enough. Weigh in on this one!

The online scramble to grab online graphic design jobs has escalated with the diminished economy — fewer companies are paying for design, more designers are out of agency work and turning to freelance, and it doesn't seem like there are enough jobs to go around.

On websites such as Elance, Odesk and others, freelance designers are getting into bidding wars that harken memories of the gas wars of 1973. In an effort to scoop up as many jobs as possible, designers are underbidding each other and, in doing so, insulting the quality of their own work.

They're not charging enough.

Now don't get me wrong — competition is healthy. I'm not going to argue the economics of supply and demand, but it's fair to say that graphic designers should not have to work for peanuts, even in a downtrodden economy.

Decent graphic designers are a dime a dozen. Anyone can fire up Photoshop and spend a few weeks pouring through online tutorials and get a basic understanding of creative techniques. Great graphic design is a talent that deserves to be rewarded.

If you've spent years, or decades, mastering your art you should likewise be rewarded. Unfortunately, I see far too many graphic designers struggling to get by, forced to work many hours of overtime to earn a respectable salary. Charging $100 to $150 per hour for superb graphic design is not too much, or even out of the ordinary. In fact, those figures are low compared to the fees commanded by the world's top design studios.

A good indicator of whether you're charging enough or not is this: Does 40 hours at your hourly rate constitute enough to easily pay your bills, buy your insurance, invest money, put money away and take vacations? If not, then you're not charging enough.

Some have called for a graphic design union. The closest thing is probably the Graphic Artists Guild; however, union pricing terms could take members completely out of the market, especially American and Canadian designers who struggle to compete with offshore designers who can charge much less (and typically deliver less-than-ideal quality). For this reason, a union might have a difficult time finding members at all.

What do you think? Are bidding wars cheapening freelance design, or will the best designers command good salaries regardless? Does a union fit in with the current graphic design business model?

The style of writing is quite familiar to me. Have you written guest posts for other bloggers?