Last summer I had the opportunity to tour the Wright Patterson Air Force Base and Museum in Dayton, Ohio, and for the first time I marveled over the designs of flight. Not the engineering, mind you, as I think we can all agree that various manned flight machines – from wooden bicycle-like Wright brothers contraptions to today's supersonic stealth bombers and spacecraft – are masterful examples of human engineering. No, what I'm referring to are the nose art designs painted on the sides of aircraft – specifically the bombers and other planes during and shortly after World War II. Such designs were more than simple identifiers or boredom-busting activities. They became mottoes and war cries, images that captured the essence of those serving in one of the most dangerous conflicts of the modern era. This is cultural design, not engineering design. So, while some might marvel at the B-2 Spirit's radar signature, I marvel at the Strawberry Bitch. See for yourself. Barbara Jean 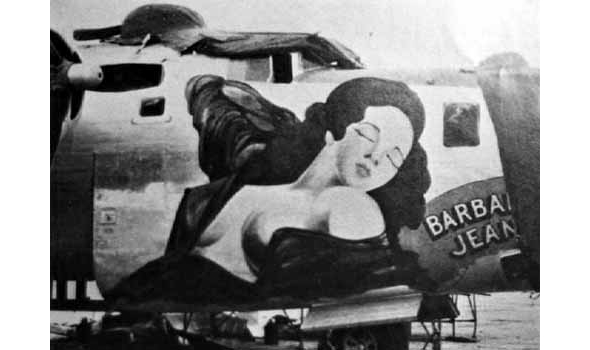 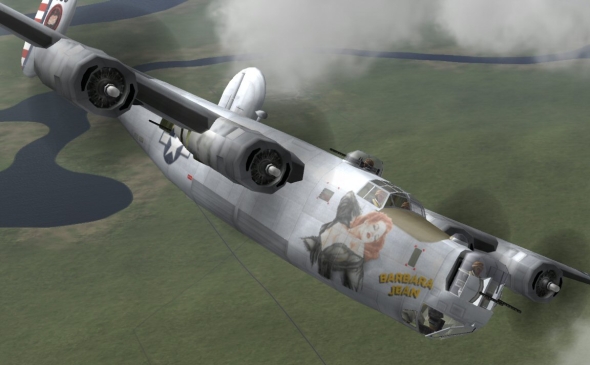 The first is a real photo of the B-24 bomber, the second is a simulation photo (there are no known real color photos). Bockscar 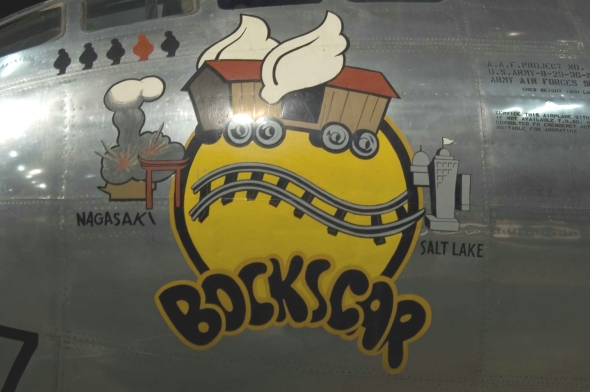 Never heard of this B-29? You've heard of its most famous mission: it dropped the “Fat Man” atomic bomb on Nagasaki on August 9, 1945. Memphis Belle 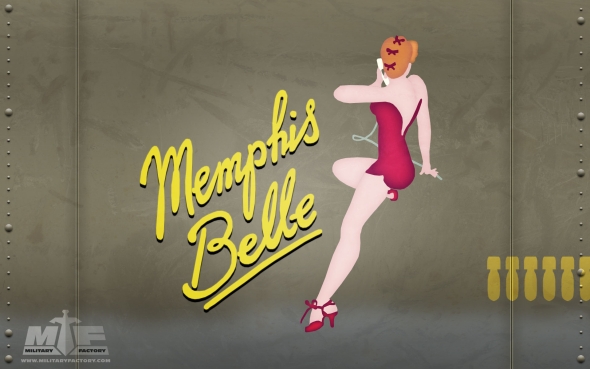 A modern version of the nose art on what is one of the most famous aircraft in history, a B17F Flying Fortress that was the first to successfully complete 25 missions during WWII – 24 of them combat missions. Strawberry Bitch 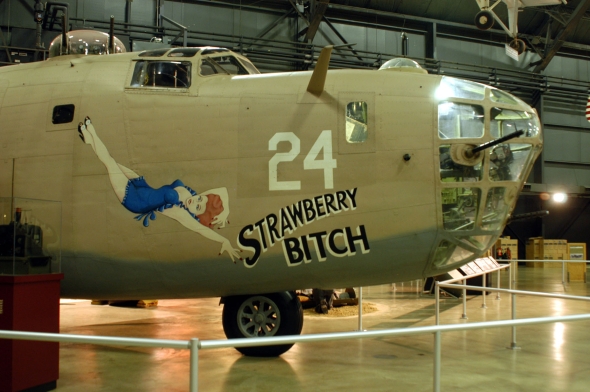 A B-24 Liberator that resides at Wright-Pat today. It's often said to be haunted, perhaps by a former gunner. Special Delivery 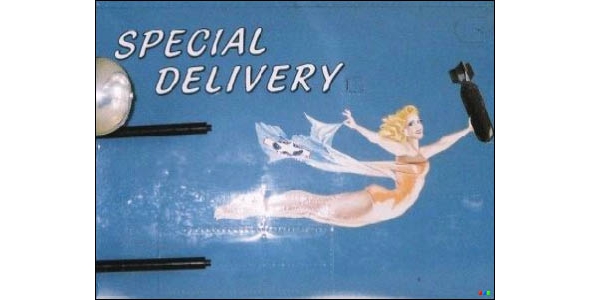 I love this example of nose art from another B-24 – it's a mix between patriotism, pin-up girl and pure American kick-ass (notice the bomb in the girl's left hand)! Want more? The University of Arizona has a wonderful page about military aircraft nose art, and lists examples based on names and themes with reasons behind each. Check it out at http://parentseyes.arizona.edu/militarynoseart/photo.htm.