Online Printing > Marketing Essentials > Small Business Marketing > Beauty Is In The Eye Of The Creator, Not The Beholder

Beauty Is In the Eye of the Creator, Not the Beholder 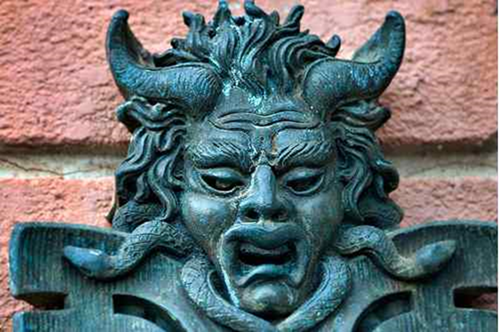 A work of art, be it a graphic design or an oil-painted masterpiece or sculpture, is whatever its creator intended it to be. It’s often said that beauty is in the eye of the beholder, but this statement is inaccurate. The beholder does not dictate beauty; rather, the creator does. Allow me to explain. Have you ever had to interpret poetry, perhaps in Freshman English? If so, you’ll probably recall that many students’ interpretations varied from one another. And, in most cases, no one interpreted any given poem exactly how its author intended it to be interpreted. Perhaps that was by design, or perhaps your professor said no interpretation was wrong – poetry speaks to us all differently, after all. Nonsense. Just because I believe a poem means one thing does not change its root meaning. It does not change what the poet, its creator, made it to be. Intent is more important than interpretation, especially erroneous interpretations. In the same vein, when you see a poster design or a Van Gogh or a Michelangelo, you might say that particular piece is beautiful. And you might be right, unless its creator had no intent of beauty. You can call it beautiful all you want, but you would be wrong. Look, I can take a quiz with the belief that my answers are right, but a 50 percent score would prove I was wrong, no matter my perception. Unfortunately, there is no similar way to judge whether a work of art is beautiful or not – at least, not other than knowing its creator’s original intent. Sure, you could argue that beauty could be measured by the court of public opinion, but I would point out that the public as a whole is often wrong – or, at the very least, divided. Any election year will tell you that. The point here is not to split hairs over semantics; rather, it is to encourage graphic designers to consistently push the envelope. It seems many designers do little but follow established trends. Once others have gone somewhere, they’ll follow, but they won’t forge their own paths. This is what happens when you worry too much about how others will perceive your work. Make your work what you want it to be. Stop worrying about criticism. Your critics will come whether your design is good or bad. You, the creator, are responsible for making a given design beautiful – or to lack beauty altogether. In fact, you can even craft astonishing pieces that contain no beauty, not even in your coloring and technique, and still make a name for yourself. When you stop worrying about whether others will think your work is beautiful, you’ll be free to explore the world of graphic design, and try new things that help establish your identity and help you become a highly marketable designer. Beauty is not in the eye of the beholder; it is in the eye of the creator – even if that makes you the first beholder.

View all post by Brian Morris
Graphic Design
How Much Money Do Nonprofit Mailing Postcards Save?19 Memorial Day Color Palettes for Graphic Design