May is National Bike Month, created as a unique opportunity to celebrate the power of the bicycle and the many reasons we ride them. If you love riding your bike, there’s a good chance you’ve adorned it with a few stickers. Bicycle stickers add a measure of personality to your ride. The equivalent of a car bumper sticker, they can be meaningful or humorous, or just plain fun. And some bike stickers, including the examples below, are crafted by talented designers to add style and character to your two-wheeled machine. Here are 10 of the coolest bike sticker designs I’ve found, shared here for your inspiration.

These clever reflective stickers feature a skull outline, with the eye socket and nose details shaped by a bicycle silhouette.

We’ve seen the evolution of man progression design before, but apparently all before this example stopped short of the culmination of evolution’s triumph. 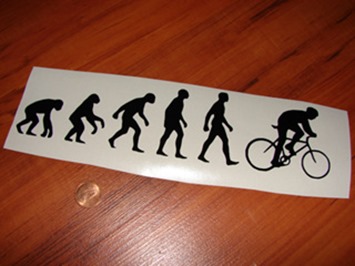 These stickers are from the 1950s, but I would, without hesitation, place them on my Schwinn today. The Silver Rocket? You better believe it.

This bike frame decal from Root Street is packed with attitude and bicyclist pride. The Hell’s Angels of the cycling world? 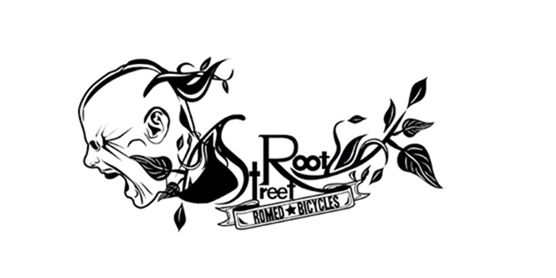 5.  Sit on your butt sticker

Another clever sticker, it encourages you to “sit on your butt and do something.” One of the best things about cycling is that it can be as casual or competitive as you’d like.

I love this vintage sticker set, meant for a beach cruiser style bicycle (which is precisely what I intend to ride in retirement – if not before!). 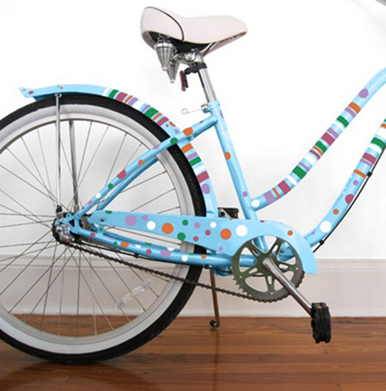 This set of unique bicycle stickers was designed for a Bike Pittsburgh campaign. 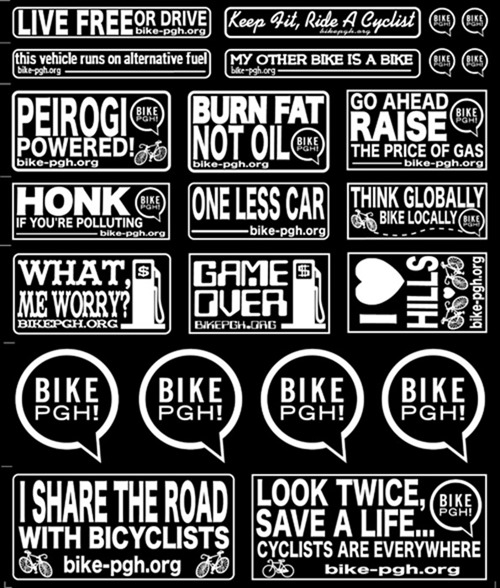 It’s not the quickest or the easiest way to get between two points, but it’s the “funnest”! 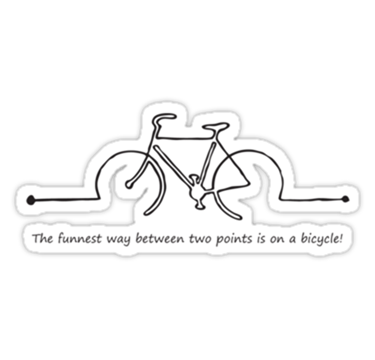 Attractive and useful, I love these geometric bicycle stickers because you can customize your own design. 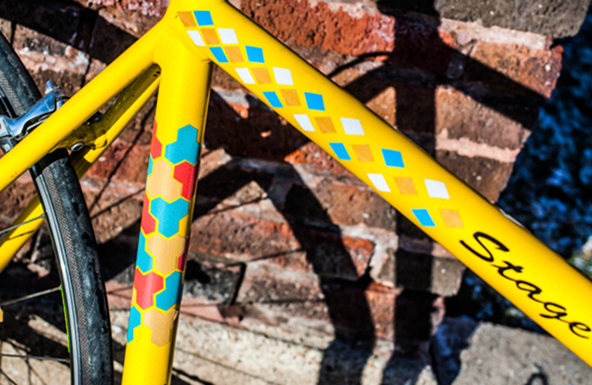 MacGyver could turn anything into a bomb, including a bicycle, which is what I thought was the original inspiration for these stickers. However, these stickers were printed by a band, and even caused a stir as bomb squads were called to investigate (follow the link to learn more). 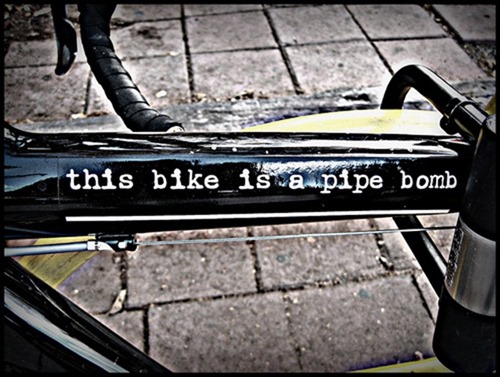 sticker printing
How Much Money Do Nonprofit Mailing Postcards Save?5 powerful print marketing trends to bolster sales in 2020