Elance is one of my favorite websites for finding work; primarily because it has a solid reputation among clients, many of whom are willing to pay designers what they’re worth.

One of the things I like about the Freelance Switch job board is that many of the hiring parties understand exactly what they want, which makes it easier to deliver the exact design they’re after. 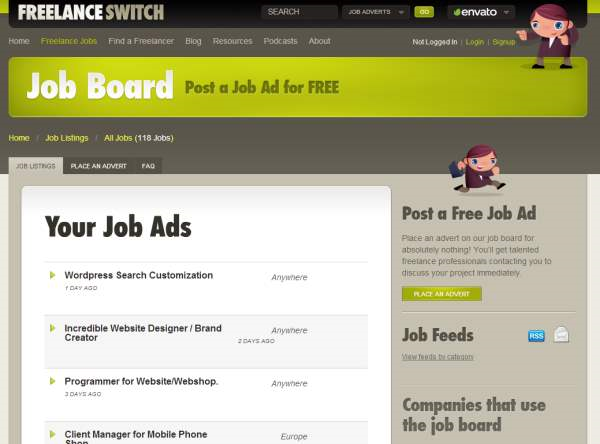 I personally have not tried People Per Hour, but it’s a well-marketed freelance job board that could be worth checking out. A look at their offers (logos and brand identity for under $100?) makes me think you’d be better off seeking work elsewhere. 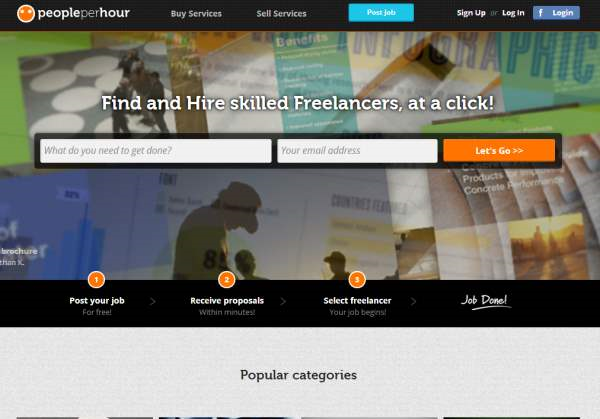 Undoubtedly one of the most professional job listing resources on this list, though not all are for freelancers. 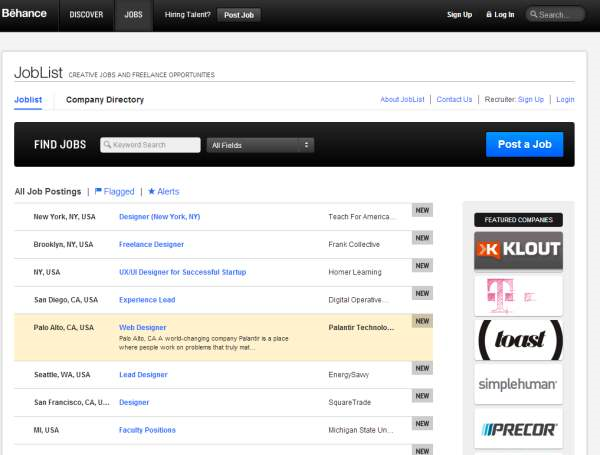 A great place to pitch your services to some of the best-known brands in the world, including MTV, Sony and Garmin.

Indeed doesn’t feature a fancy UI, but it does feature quite a few freelance graphic design jobs. 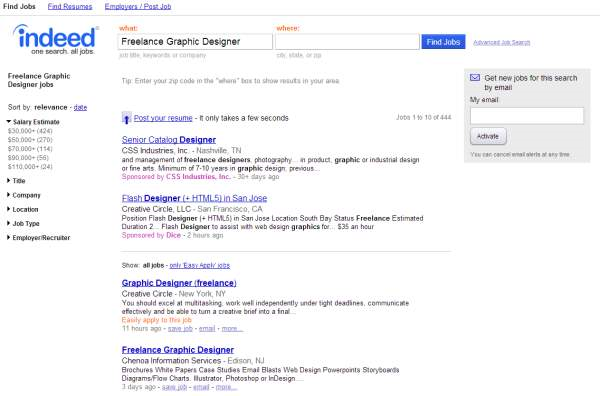 If you’ve built a strong LinkedIn presence, now’s the time to cash in on all those connections. 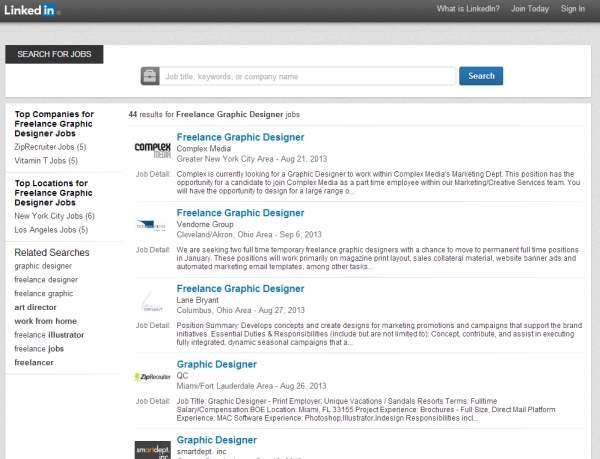 Jobs sites such as Career Builder used to be slight on freelance job listings, but as more and more companies have embraced the convenience of freelance contractors, more freelance graphic design jobs can be found here. 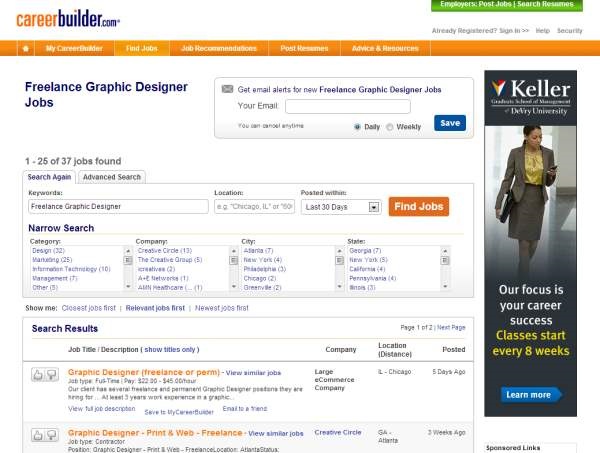 Monster is similar to Career Builder in that you can now find a good number of high-quality freelance graphic design jobs. 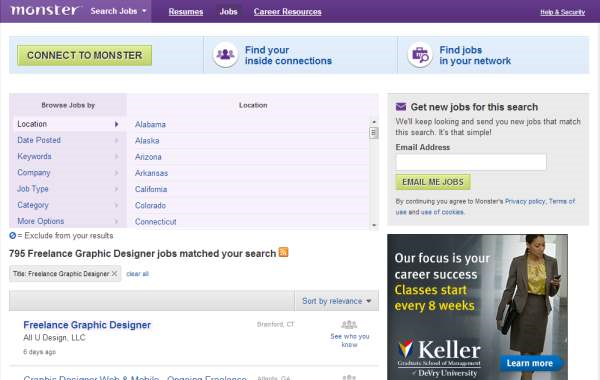 A good job board to supplement your regular freelance graphic design job bidding. 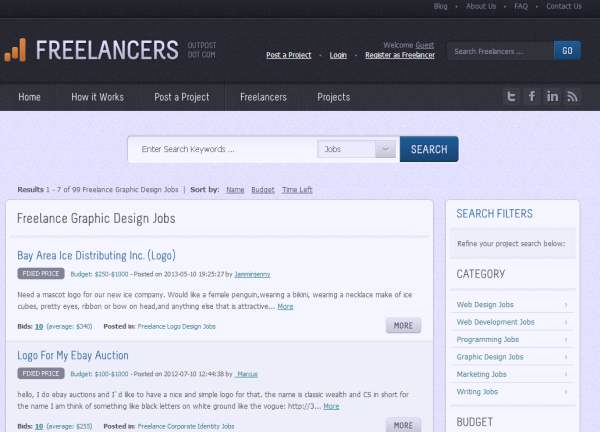 Not a lot of freelance graphic design jobs, but the lack of competition could make this opportunity inviting. 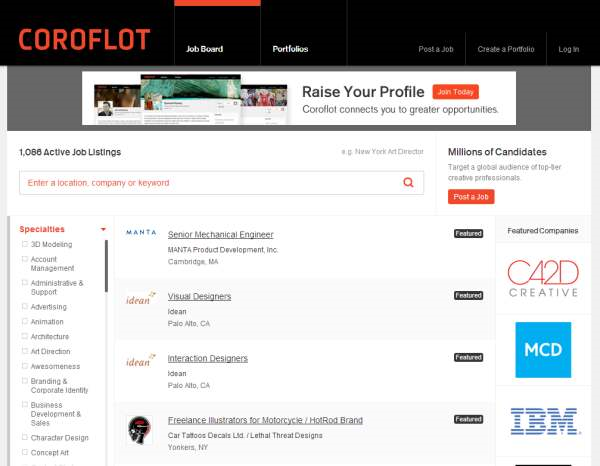 A unique concept in which you create an online presence (similar to LinkedIn), and then get more exposure the more you’re online. Set your own rates and accept freelance work on a case-by-case basis when offered. 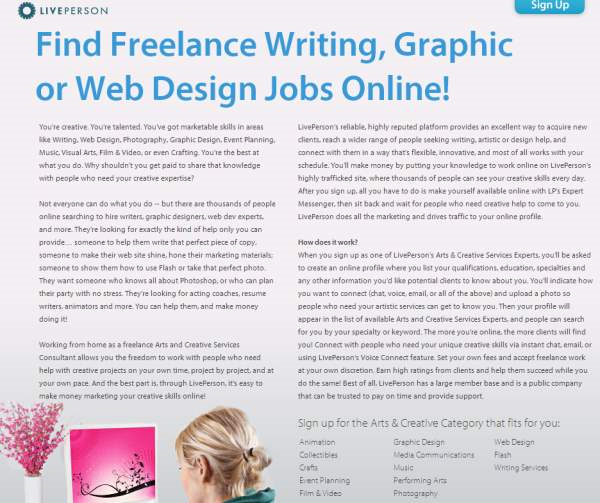 A comprehensive job board search engine; you don’t bid on here, rather, you search for jobs and then go to third-party sites to apply. 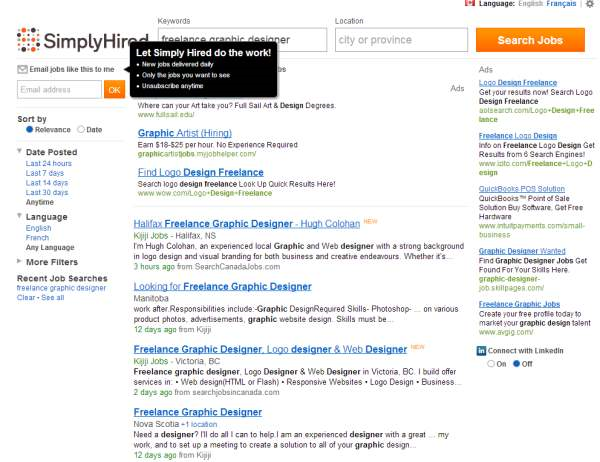 Another excellent job board, Authentic Jobs places freelance graphic designers with companies such as Facebook, Apple, and Skype. 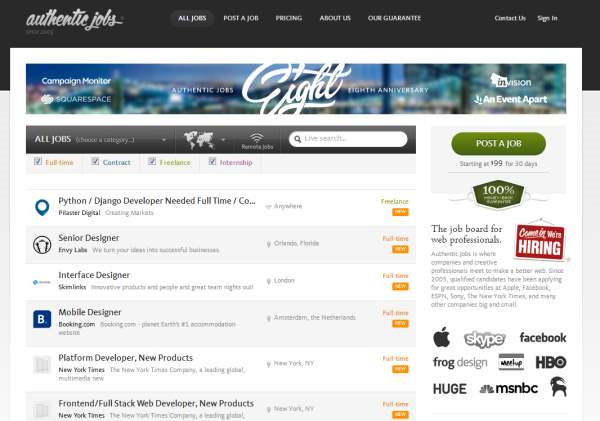 Nike, The New York Times and even President Obama’s campaign have sought graphic designers from Krop. 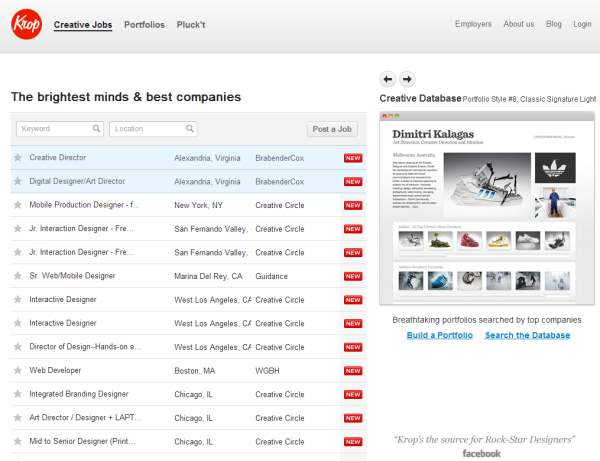 Similar to Elance; some clients are willing to pay for quality graphic design work, others are not. 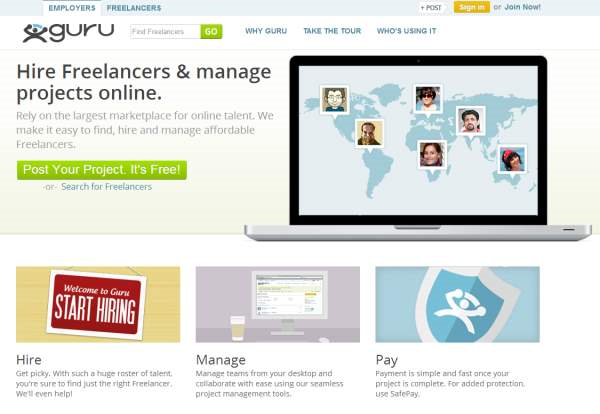 Another freelance job bidding site; many clients are seeking to hire low-priced freelancers, but some are willing to pay for good design. 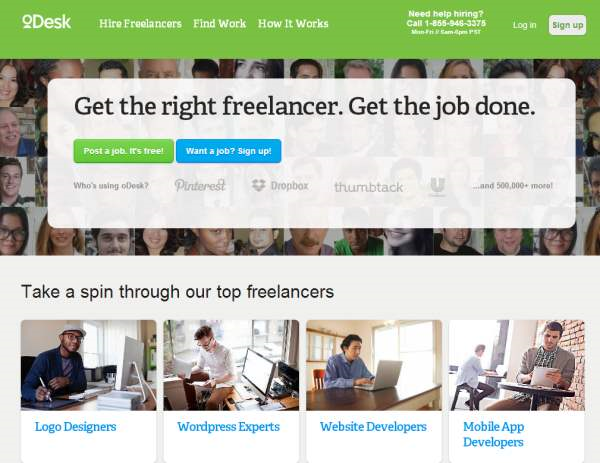 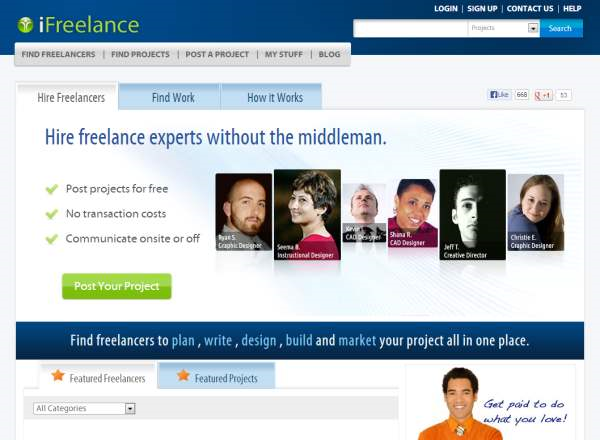 One of the largest freelance networks on the web, but often promotes low-priced work. 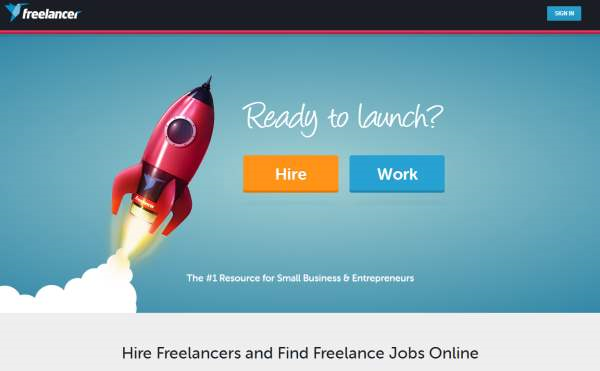 Depending on your location, Craigslist can present several excellent freelance graphic design prospects.

Not all freelance postings, but many are high profile. Companies such as Facebook and American Express have used the job board to find graphic designers. 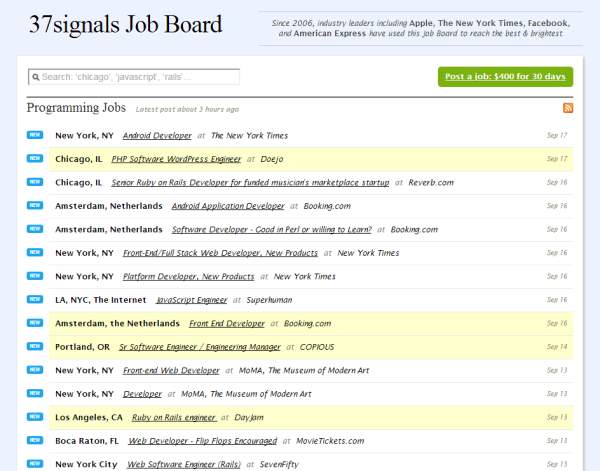 Not the highest-paying, but not the lowest-paying. Logo My Way features a logo design contest, so you risk putting in work you’re not compensated for. 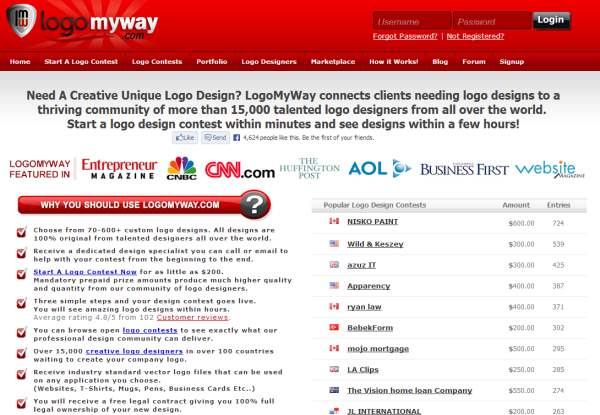 You can be paid more than $5 per job on Fiverr, but if you have a quick $5 offering it’s the fastest way to get attention. It might be a good way to build a portfolio, but not the best way to keep food on the table. 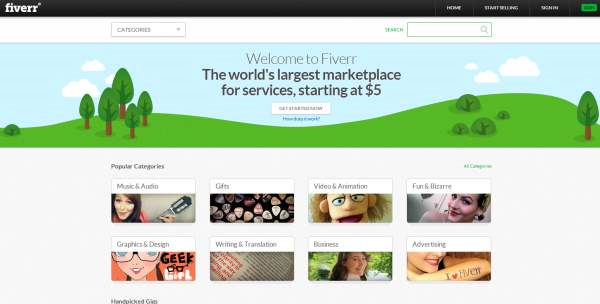 What are your favorite sites for finding freelance graphic design jobs?

Thanks for sharing this post. It is very helpful to freelance web designers. Keep it up.

You got it Steve, thanks for commenting! Which is your favorite place to find freelance graphic design jobs?

Thank you Jems! I hope you're able to put it to good use and land some outstanding clients!

Thanks Brian for the list! My favorite place to find freelance jobs are elance and freelancer. I also want to add this site http://virtualteam.org/ where you can apply for a job as a freelancer. They will match your job profile to their job vacancies.

Thanks for the awesome resource, Sally! I'll check it out, and I'm sure our readers will, too.

Thanks a lot for this list,By this i can make my list of 100 freelancer websites.

You got it, Aman, and good luck with your list!