I despise pumpkin carving. Not because I don't like jack o' lanterns (I love them) or Halloween (it's my favorite holiday). I think it's because, every year, I sit and pluck out the pulp and seeds and go to work crafting a masterpiece ... only to be disappointed by a pumpkin that looks like it was grown in the pumpkin patch of Dr. Moreau. The problem, I think, is that I carve pumpkins the way my father did – with a big ol' stainless steel knife, capable of carving only straight lines and ridiculous angled proportions. What I need is one of those pumpkin saws, then I can make jack o' lanterns as awesome as these. Or maybe not, but I can try. In any event, I'm not the only one fascinated with cool pumpkins; I think most Americans appreciate them, and advertisers must think so, too, because they use them in a lot of Halloween-time ads. Take the following five, for example. 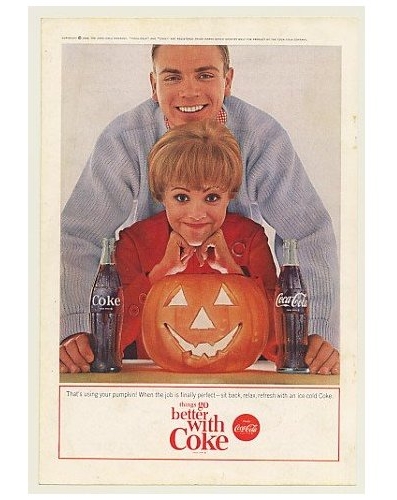 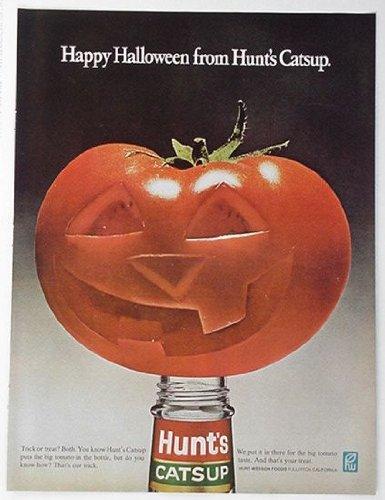 In 1967, Hunt's got creative by making a jack o'lantern out of a tomato.

Corona took Hunt's idea and added a twist of lime. 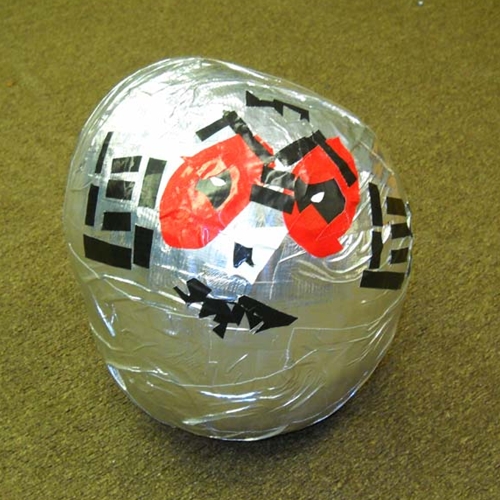 While this isn't an official Apple pumpkin, it's worth noting that many companies have gotten festive by branding their companies on jack o'lanterns during the Halloween season.