7 Anti-American Designs To Get Your Blood Boiling

I’ve written before about how the government hates freelancers, and I’ve railed against the tax system. And while I, like many others, am suspicious of our government’s motives and often feel under-represented, I still believe in the American Spirit. Not in the corporate bankers or the fat cat Washingtonites, mind you, but in the undying ideals of liberty and freedom of Americans; and in the hard-working, family-oriented perseverance demonstrated by millions of American households. The collective American people is not equal to government policy; it is far greater. That’s why my blood boils when I see anti-American designs. It’s one thing to affront a specific policy or government action, but it’s quite another to assume that all Americans are evil – and then to put that erroneous idea into design. What’s the best way to stir up the American Spirit? To cast the first stone. That’s why these seven anti-American designs will make your blood boil. What do you think? Are they accurate criticisms, or should we retaliate with a post featuring patriotic designs?

This poster features an “unmasked” Statue of Liberty’s skeletal face gleefully watching as destruction rains around her. Not exactly what I have in mind when I think of America. 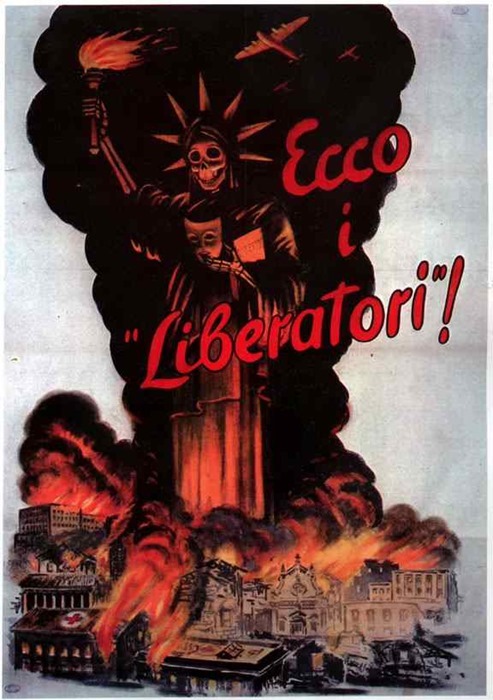 2.  America Stands for Freedom by deevon 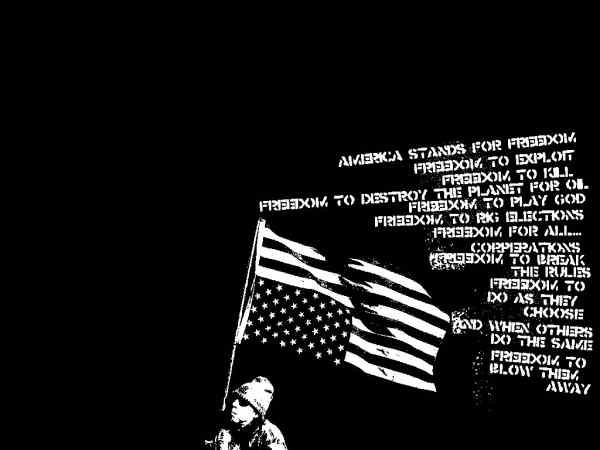 3.  Land of the Free by Activists

While I get the concept (and it is clever), I don’t think all Americans are so entwined in consumerism that they devote their lives to it. In fact, I know many frugal people who don’t feel as though they have to have the latest gadgets, keep up with the Joneses, or otherwise frivolously spend their money. Note: the designer states this isn’t an anti-American design, but an anti-Capitalism design. 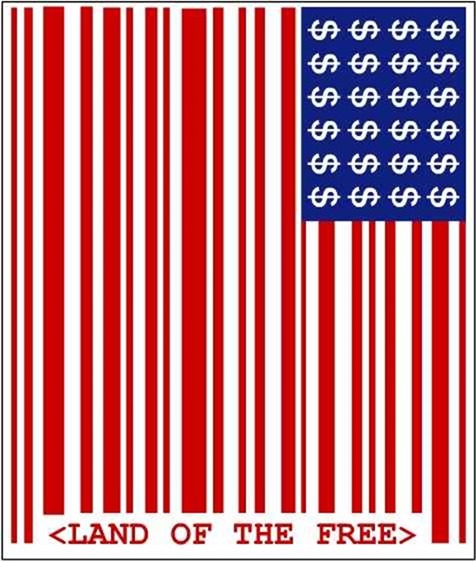 Maybe those are tears of joy?

The designer didn’t actually create this work, but saw it in the background of a photo of a North Korean transit station and enhanced it so the rest of us could see how North Korea feels about the U.S.

6.  Anti-Americanism in Lapland by Velica

Look, just because you got a lump of coal in your stocking doesn’t mean Santa hates all Americans… Actually, this is from a clever comic by the designer. Follow the link to learn more. 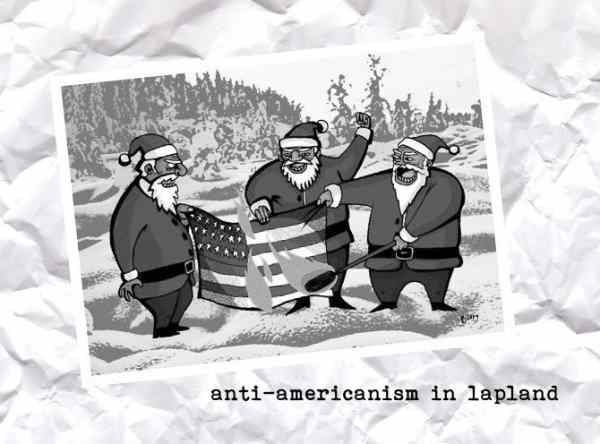 The person who posted this artwork didn’t design it, but passed it along from a friend. The barcode symbolism is present and I already covered my sentiment for it above, and I just can’t abide by American soldiers being compared to pirates. 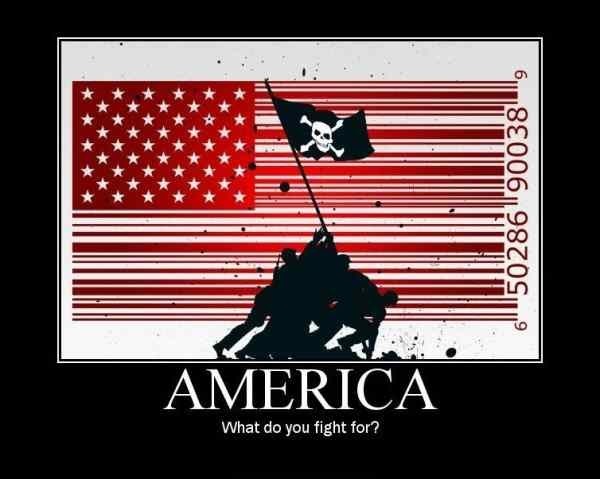