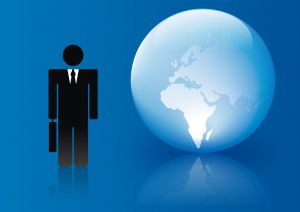 The global economy suffers now, but there is hope for freelancers.

The recent economic downturn seems to have finally hit the freelance market. When you look at freelance bidding sites such as Elance, ODesk and Guru, the number of jobs posted each day is down from just a few months ago. This has many freelancers scrambling for agency jobs for fear the bottom will fall out and nothing will be left. The most successful freelance graphic designers will do something else: They will persist. Instead of thinking of the downturn as a setback, they will recognize it as an opportunity. While others are preparing their resumes and going on job interviews, they're ignoring all of the new freelance jobs that are being posted.  And while the competition's away, the mice will play -- your mouse, that is, as you click away grabbing your share of the untended job postings and increase your revenue. Ramp up your marketing efforts and get all the business you can now. The freeze won't last forever and advertising budgets will be freeing up again after the new year.  So don't fret, graphic designers -- get to work.  How are you going to promote yourself in the upcoming months?

View all post by Brian Morris
Graphic Design
How Much Money Do Nonprofit Mailing Postcards Save? 17 Thanksgiving color palettes