Pepsi reportedly paid quite large sum for these logo designs.

Just about every graphic designer, marketer and business owner has heard at least something about the respective Pepsi and Tropicana debacles of late. The Los Angeles Times' Dan Neil, and many others, blasted Pepsi for a recent logo design change and a widely distributed document that purportedly reveals the Arnell Group's Pepsi logo redesign strategies has been met with criticism and hoax accusations. All the while, Tropicana has been criticized about an orange juice package design change (also by Arnell). Two mega-brands (both owned by PepsiCo), both industry leaders, are apparently guilty of marketing faux pas reminiscent of Coca-Cola's infamous recipe change. In Neil's Times article, he writes: “In design and marketing circles, Pepsi's new logo has gotten a reception roughly as warm as might be given a bagpipe player stepping onto an elevator.” Obviously, Neil is not a fan of the logo redesign. But, with all due respect, Neil fails to mention one important thing about logo design: It's not meant to please other marketers. You can say all you want about image and identity: The bottom line is that logo redesigns, for Pepsi, are meant to sell to consumers. Everything else about logo design is simply a vehicle to that end. 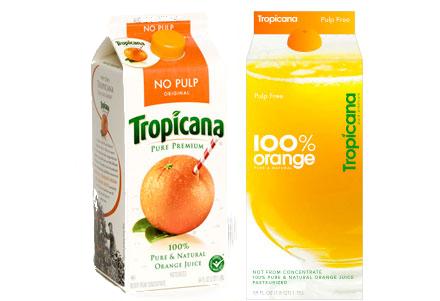 We have yet to see whether the public at-large will embrace the new Pepsi logo, or whether it will suffer a fate similar to Tropicana's new package design. Here, a relatively small number of consumers complained about the packaging, and designers and marketers likewise blasted the company for removing its signature straw-impaled orange. Tropicana quickly changed it back. Thus, behind both design changes, the Arnell Group has come under fire. The company has been accused of everything from bad decision-making (Tropicana) to theft (the Pepsi logo's similarity to the Obama logo). I think there's far more to it than that. After all, we're not talking about amateur marketers here. PepsiCo has realized tremendous success throughout the decades, and its soft drinks sales recently increased by 1 percent. And whether one believes the myth that Coca-Cola purposely pulled a publicity stunt to drive sales, it can be said that such a myth, true or false, could perpetuate inspiration for future brands. No publicity is bad publicity. So what if some marketers and designers, and even a few consumers, don't like the changes? Perhaps that's exactly what Arnell and PepsiCo wanted. Free press, good or bad. Unlike the Coca-Cola incident, Pepsi and Tropicana underwent package changes, not formula changes. Consumers know they like orange juice, and in particular Tropicana orange juice. Now, they'll look for it at the grocery. And they like Pepsi — and they'll seek Pepsi out as well. In fact, the criticism of PepsiCo’s design changes is working to reinforce one idea: that no matter what it looks like, the quality of the product is the same. Times are changing, sure, but the fundamentals of what makes us who we are — what we enjoy — are not. When it comes to design, beauty is not skin deep. It transcends contemporary criticism to take advantage of market forces. If the changes were not so dramatic, and inspired no criticism, would they be getting the press they are? Do you think PepsiCo's sales will falter or soar? Do the critics have any merit, or are they simply jealous that they aren't capable of similar strokes of genius or looking at the big picture? Or, perhaps they just wish that PepsiCo would pay them a cool $1 million to $10 million for a logo redesign, which is the range of what the company reportedly paid Arnell (depending on who you believe)? On that note, I'll leave you. All this talk of soft drinks is making me thirsty for a tall glass of ice cold, creamy-smooth 100 percent Florida orange juice. Wonder which brand I'll buy ...

I liked reading your blog...keep up the good work.

Thanks Keshavay! And, for the record, I think if Tropicana had kept the straw in the orange image somewhere on the new packaging, there would be far less outcry. What do you think, Keshavay?