Creepy ads - do they work?

Ever see an advertisement that really creeped you out? You have to wonder if the shock value of a creepy ad outweighs the repulsive reflex potential of viewing these ads. Some ads are intentionally creepy, others are not.

And although breaking norms almost always gets attention, it that doesn't necessarily mean that people will want to make a purchase.

To boot, the term “creepy” is subjective, so it's hard to say how one person will respond versus another. Still, there are ads that most people would deem creepy, and these are the ads I'm referring to. A Google search for creepy ads reveals dozens of websites listing (many of the same) creepy ads — but they're vintage creepy ads and some are only creepy in modern context. Vintage ads espousing the virtues of cigarette smoking seem creepy now that the dangers of the activity are known, but when they were originally released society did not understand these dangers and therefore the ads would not have been creepy (the same goes for ads touting Lysol for ... ahem ... women's health care). 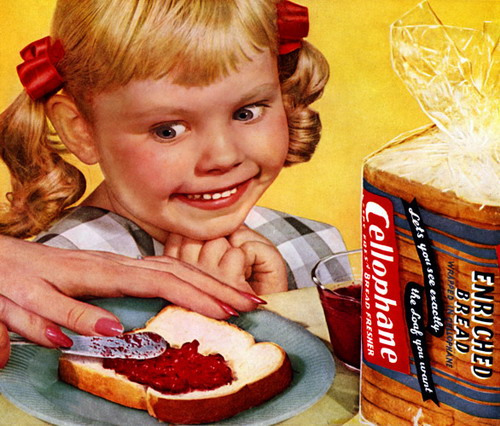 I do not think that MOST advertisements are intentionally creepy, because marketers do not want creepiness associated with their products. The infamous “demon girl white bread/jelly/cellophane” advertisement could have been intentionally creepy to earn elongated looks, but I doubt that this connotation would have served the brand well overall. Some advertisements can benefit from inherent creepiness — horror film posters, for example, or advertisements that vilify the competition. It's expected. But the unexpected creepy ad ... does it work? It's also worth mentioning that we might find certain ads to be creepy because we're told that they're creepy. If you were told that an ad was goofy, funny or amazing before you looked at it, would that influence how you felt about it?

View all post by Brian Morris
Graphic Design
How Much Money Do Nonprofit Mailing Postcards Save?16 fonts for Thanksgiving designs