Why your parents don't understand your career path 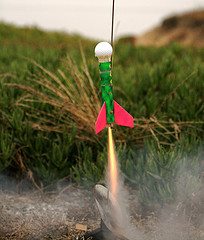 I know the feeling: You're out on the ninth hole with your dad and you start talking shop. You talk about cash flow, employee management, amusing anecdotes and other universal topics. Then, you start talking technology — and your dad is lost. You realize then that your parents don't understand your career path. Think back 75 years, when your great-grandparents were struggling to survive the Great Depression. Being frugal wasn't only a virtue, it was a lifeline. Jobs were scarce, and so if you had one you had to do everything you could not to lose it. Your great-grandparents raised your grandparents on hard work and frugality. Your grandparents raised your parents the same. But technology changed your generation. The generation that championed the age of computers had one distinct advantage over every other generation that has ever lived: Your generation understands the technologies that influence the entire world better than previous generations. This is why your parents don't understand your career path. My dad's generation was raised to get an industrial or (if capable) a civil service job, work hard for 30 or more years and retire. We were raised to go to college. The new generations are raised to take advantage of never-before-seen technologies; the future is held in the hands of those who are able to do so. This is why teenage and 20-somethings are overnight millionaires. This is why you can be, too. The basic tenets have not changed: You must still work hard and be persistent. Technology merely presents opportunities for you to get to retirement much faster — and much younger. Next time you're hitting the links with pops, tell him that you're investing in long-term economic sustainability. He'll understand that. Image used under Creative Commons license from Flickr.

View all post by Brian Morris
How Much Money Do Nonprofit Mailing Postcards Save? 17 Thanksgiving color palettes