This post is for all those people out there who claim to be "sick of the snow." I want to show you how beautiful and inspiring the snow can be. Below is a roundup of Flickr photos that showcase the patterns that snow can create when it interacts with our landscape. Each of the photos has a special graphic design sensibility to it. I am sure there are hidden design elements, patterns and shapes in these images that can be tweaked to become part of a logo design or website background. Many of the photos below would also be wonderful to feature on calendars or on the front of an invitation, greeting card or postcard. Enjoy the 12 inspiring snow patterns below: 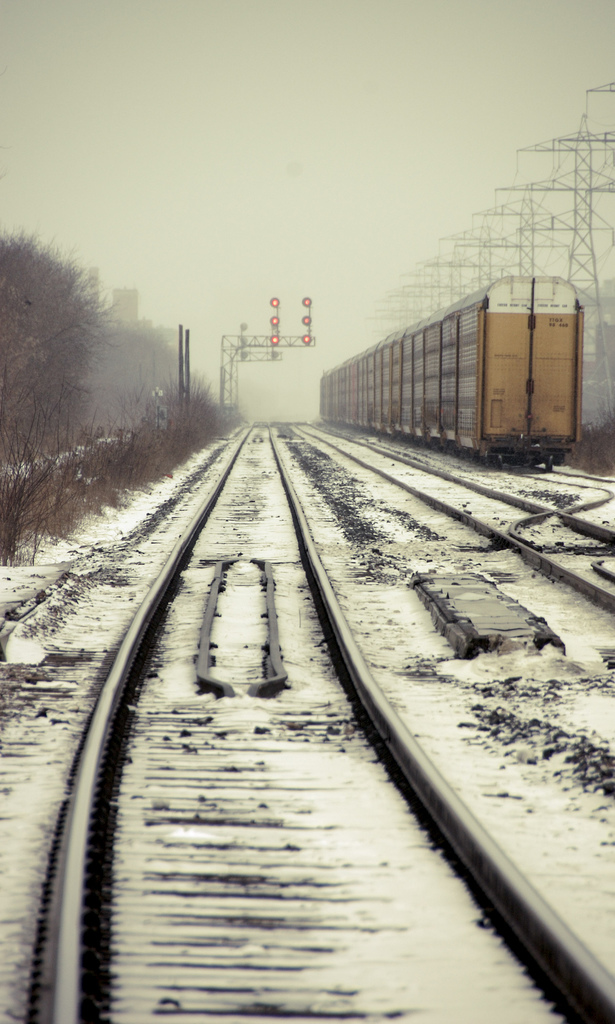 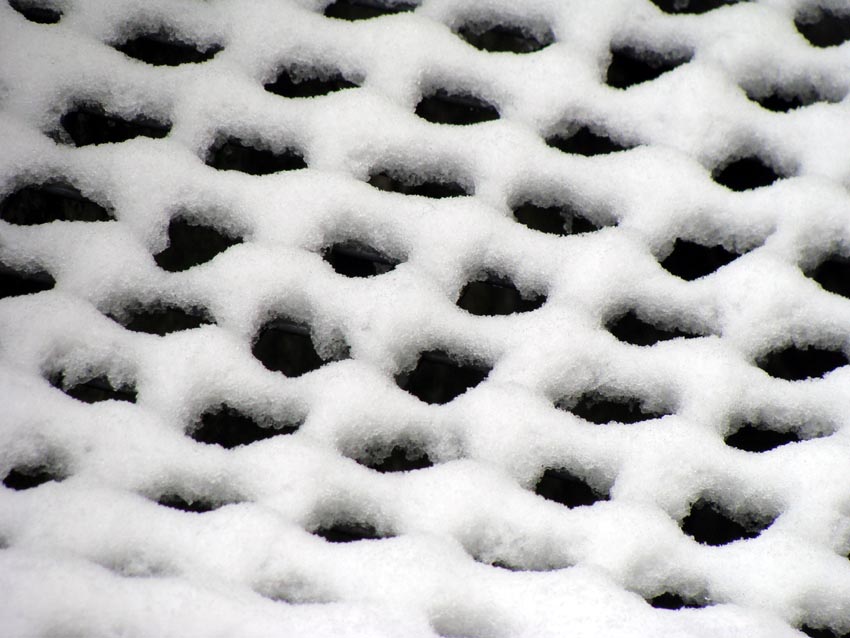 With snow on top, this industrial metal grate becomes a soft eyelet pattern.

The variation in shape and size of each little snowball gives this image a lot of movement. It looks like the snow is bursting forward from the plant.

The perspective on this shot is great because I am not sure if we're looking at a twig or an entire tree. I like the pattern happening between the snow and branches and the contrast with the blue sky. 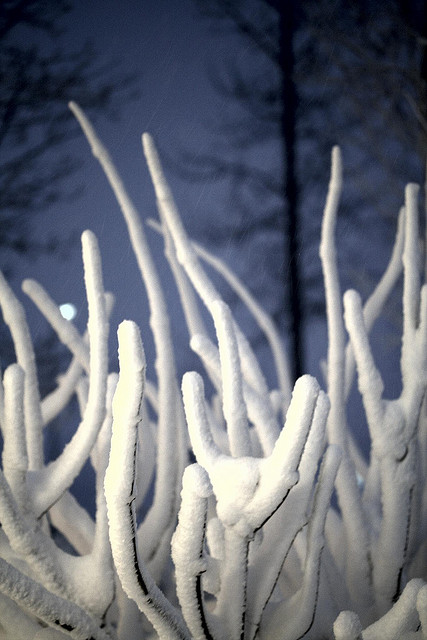 The snow on this plant makes it look like a piece of underwater coral. 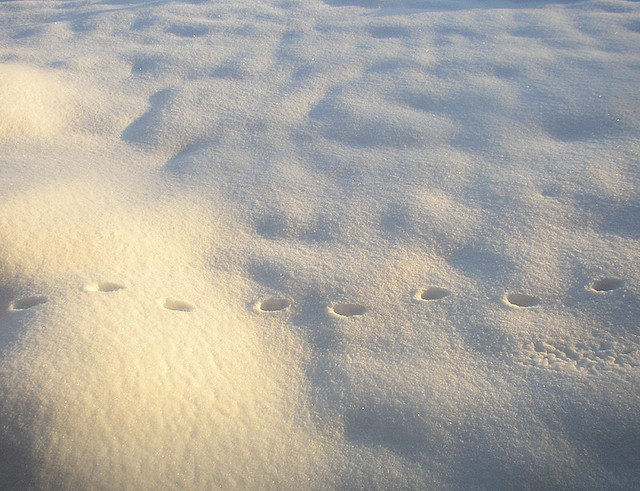 I like how there are two patterns at play here, the pattern of light and dark undulations in the snow and also the smaller animal tracks cutting across the landscape. 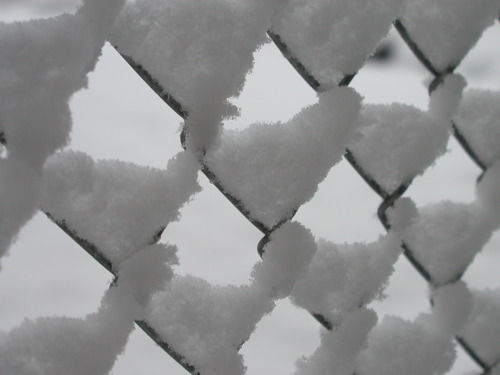 Snowfall makes a chain-link fence into an amazing geometric design. 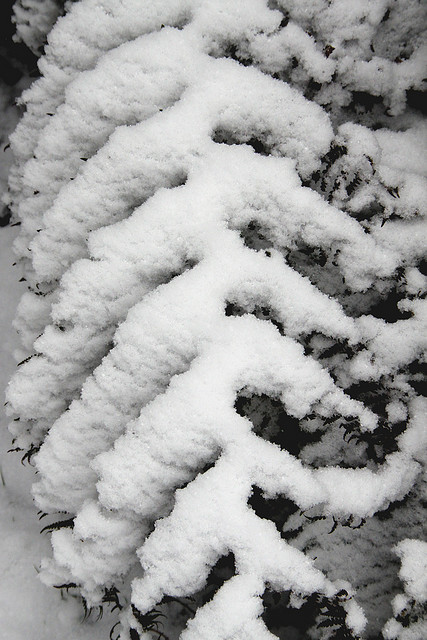 A ladder of snow arrows pointing up or a tree covered in snow.

I especially like the contrast between the pattern of stark white cars and the stacked walls of the bright building.

The repeated shapes of the roofs are mirrored in the jagged mountains in the background. 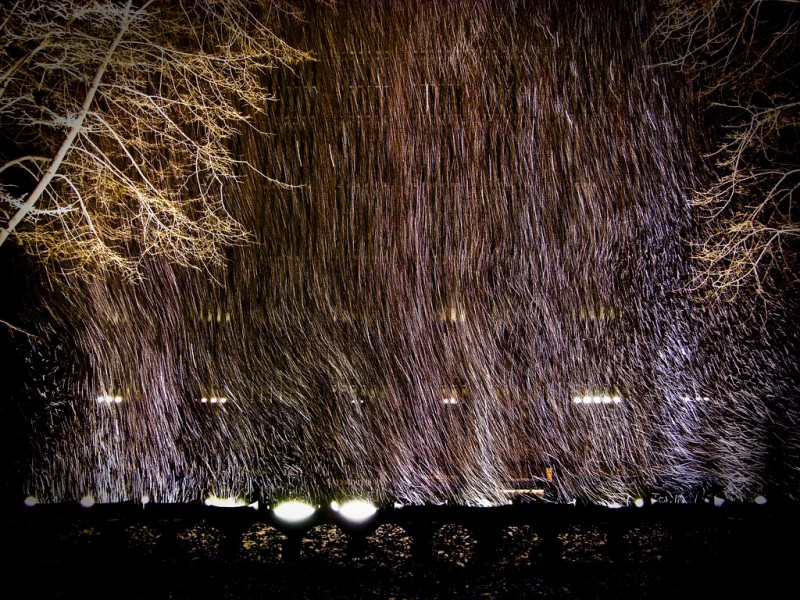 Light hitting the falling snow creates lines and waves. The tree branches jutting in from the left make the image and patterns even more powerful. 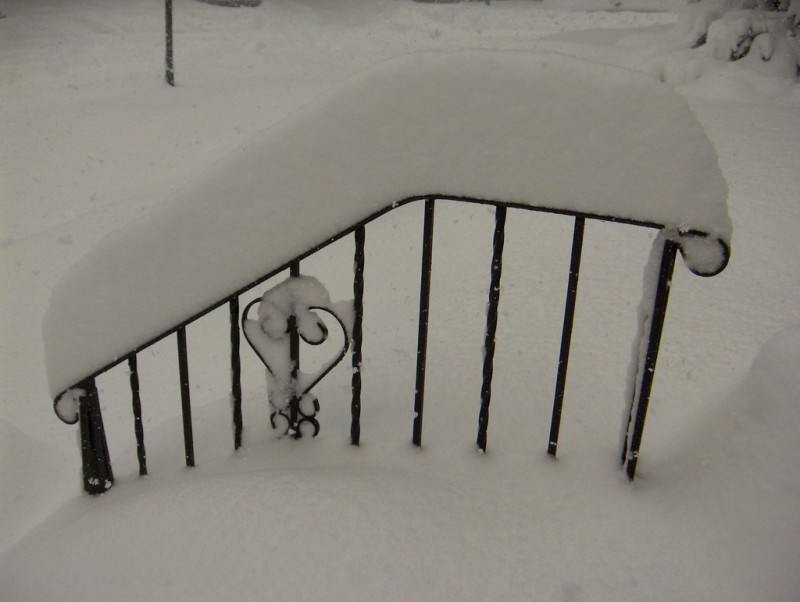 It's an ordinary railing, but the addition of the snow "drop shadow" makes me do a double-take and exaggerates the pattern of the wrought-iron posts.