A great collection of vintage radios from Mark Amsterdam in The Collection Collective Group on Flickr.

Collecting is a natural human instinct. Human beings are hard wired to look for patterns and classify things in groups. I know I had random collections of things as a kid —stamps, stickers, stuffed animal and Garfield books. It's why the Pokemon tagline "Gotta catch 'em all" is so brilliant. It appeals directly to the greedy closure-seeking acquirer inside of all of us. You can start with your favorites but your menagerie will never be complete until you have every single species of Pokemon. Whereas many children grow up and abandon the fervor to collect some never do. Designers and visual/creative people of all stripes tend to be collectors. It's that magpie designer nature that's attracted to the shiny object and then needs to juxtapose it with other shiny objects to create a visually pleasing group. In that search not only for something visually pleasing but also for something visually inspiring, designers hunt relentlessly for objects, posters, furniture, packaging, etc., that's fresh and different. There are some great sites scattered around the web of collections of things brought together and photographed (or illustrated in some cases). Here are a few that I've found and enjoyed. A Collection a Day 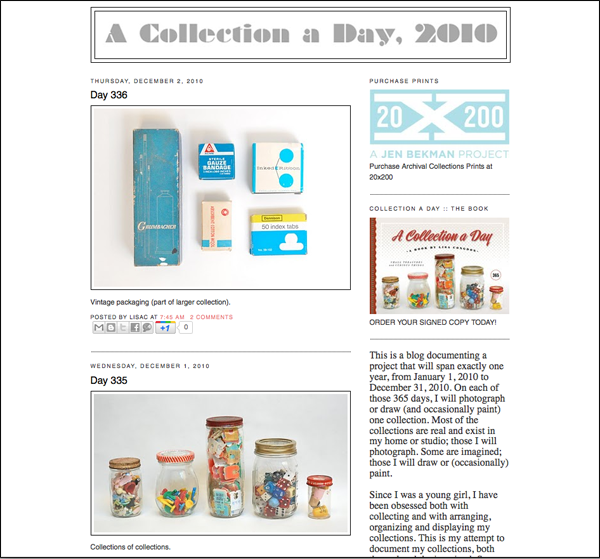 This website is now defunct since it was only active for the year of 2010. It's filled with beautiful and obscure objects from Lisa Congdon's prodigious collections of cool stuff. Most are photographs but there's the occasional pen and ink illustration and painting thrown in for good measure. The Burning House

It's almost as good as a desert island list. What would you rescue from your burning house? The photography is lovely, and the topic just makes every list poignant because these objects are beloved. BricolageLife on Flickr 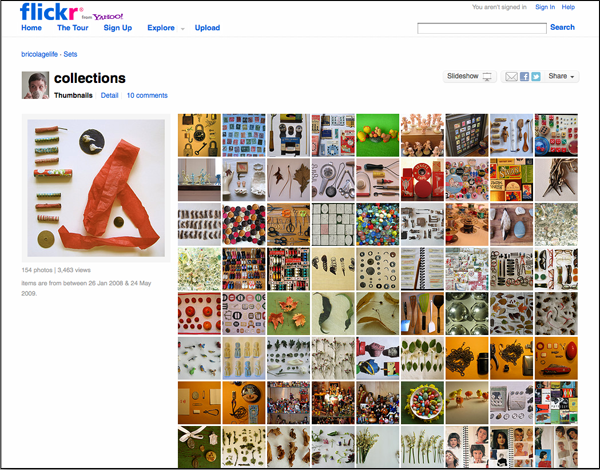 There are a lot of great collectors and photographers on Flickr. Bricolagelife also happens to be a crafter who blogs and sells her very cool wares on Etsy here. Pinterest 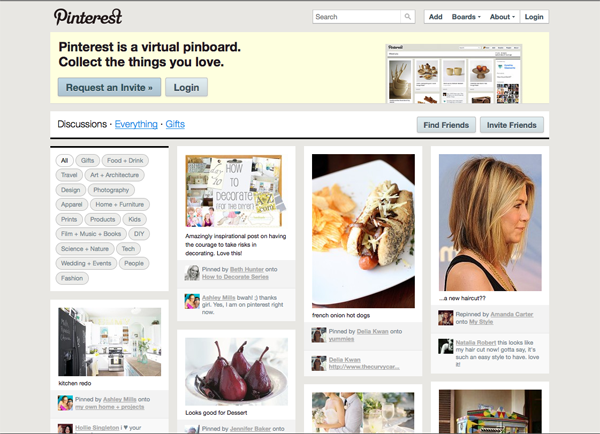 Pinterest is a place for collectors of visual inspiration to gather randomly found Internet goodies and images to create mood boards. You can either request an invite so that you can post or just endlessly browse the items others have found.