Hooray! It's finally the Friday before Fourth of July weekend. For those of you lucky enough to be on your way to the beach: have fun! For the rest of us, still stuck sitting behind a desk, check out these four free or low cost July Fourth links. (One is an amazing arts and crafts project!) 1. Firework tutorial in Photoshop In case you want to send out a firework-themed e-mail or postcard, here's a tutorial on how to make great fireworks in Photoshop from tutiorial9.net. 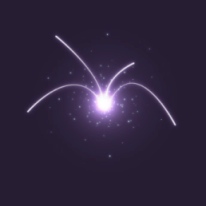 2. Grunge American Flag vectors These grungey American Flag-themed vectors on graphicleftovers.com are not free, but they are low cost. The designs are reminiscent of Jasper Johns' patriotic paintings, such as "Flag" shown here. 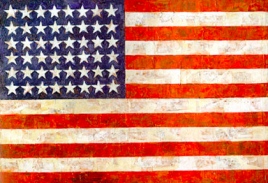 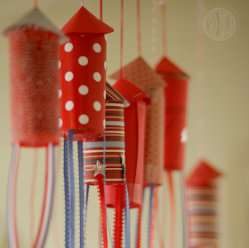 image by Brenda Ponnay of Alphamom.com 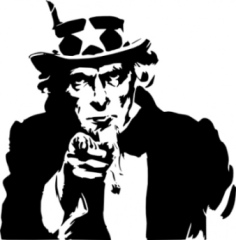