As we approach the Fourth of July the proliferation of cheap plastic patriotic objects will hit retail shelves. Don't get me wrong, I love the American flag. It's iconic, bold and graphic — a designer's dream. But the tackiness of the table cloths, napkins, paper plates, tchochkes, T-shirts, centerpieces and whirligigs can overwhelm the authentic spirit of the occasion.

I think that the real American spirit can be found in objects of Americana. These were objects hand crafted by Americans for use in their everyday lives that reflected the aesthetics and values of the community they lived in. They were not mass-produced and were a heartfelt, often improvised, artistic expression poured into the daily objects they created for themselves and their families. What's more authentic than that?

This flag gate is a beautiful example of a functional object crafted with pride, skill and patriotism. 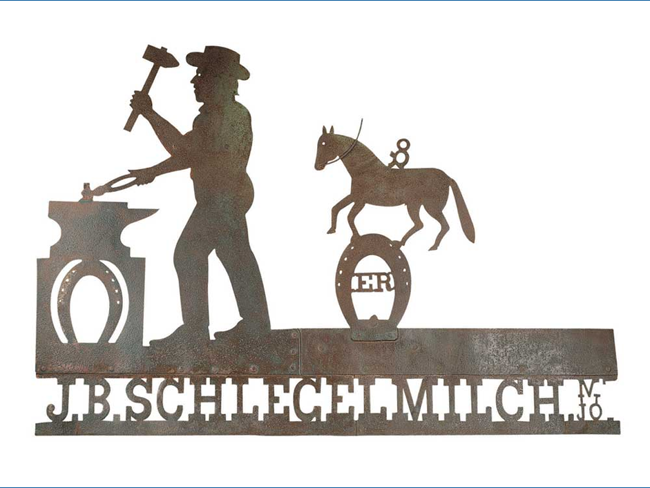 This sign for a blacksmith is an extension of the medieval tradition of creating shop signs where the products and services could be identified even by an illiterate peasant. This one is a little more elaborate than just an image of a blacksmith. The clever part comes in the accessory imagery. The ampersand, horse, horse-shoe, and "er" added on is meant to read "Blacksmith and Horse-shoer" like a rebus. 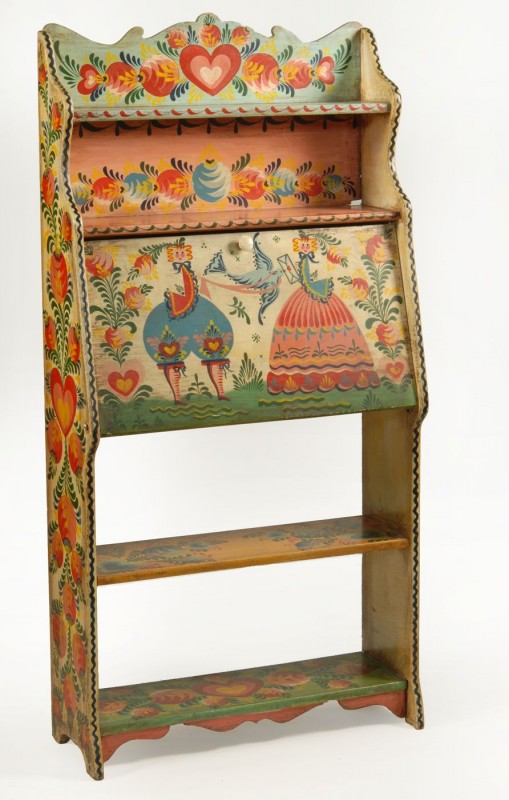 The Pennsylvania Dutch were a community that brought it's own specific decorative traditions from Europe. They used motifs that were symbolic of hearth, home, luck and protection to decorate their homes and belongings. This writing desk is a stunning example. It's purpose is even part of the decoration. The flip-down writing surface is decorated with a man sending a love letter to his sweetheart with the help of a bluebird. 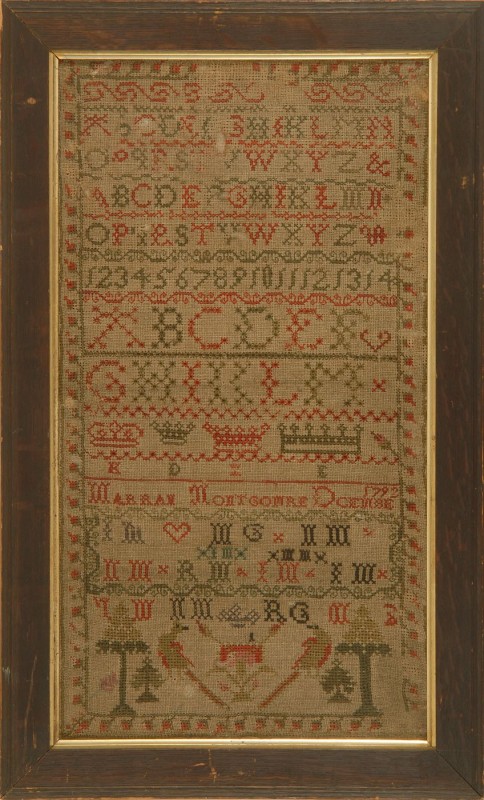 Needlework was a common home-craft that girls were taught to prepare them to be good wives. A stitch sampler was a way for a young girl to practice different techniques and maybe show off her skills as well. Girls as young as 10 or 11 were capable of something this complicated.

This bird is a reproduction of one collected by Charles and Ray Eames. The original was an Appalachian hand craft. Between them they designed some of the most coveted pieces of mid-century furniture but they were avid collectors of simple soulful American hand crafts. 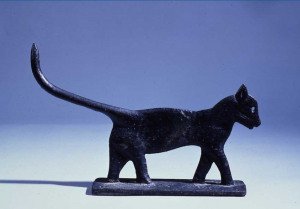 Here a functional cast-iron boot scraper is turned into a whimsical object by giving it the form of a cat. 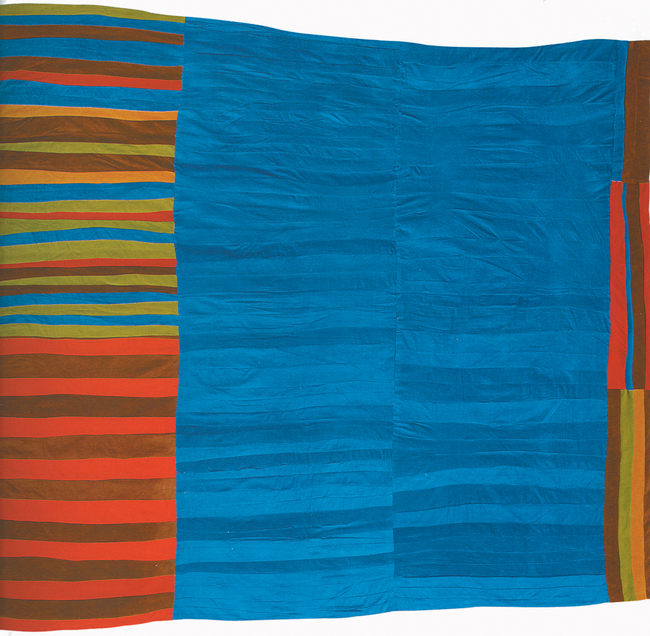 One of the most interesting expressions of Americana that I was lucky enough to see in person when a exhibit rolled through the DeYoung in San Francisco a few years ago was the quilts of Gee's Bend. 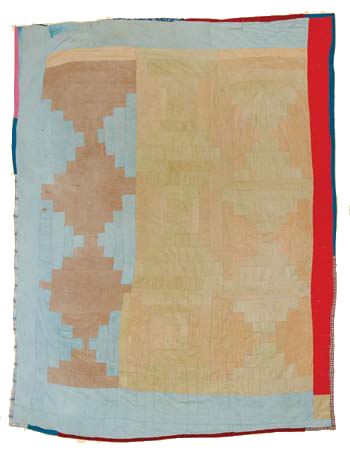 Gee's Bend was a small rural community in Alabama very much isolated from the outside world. In this isolation a very particular style of quilt-piecing emerged that presaged modern art. A kind of improvisation and inventiveness such as textile jazz was born and flourished from one generation to the next with very little outside influence. 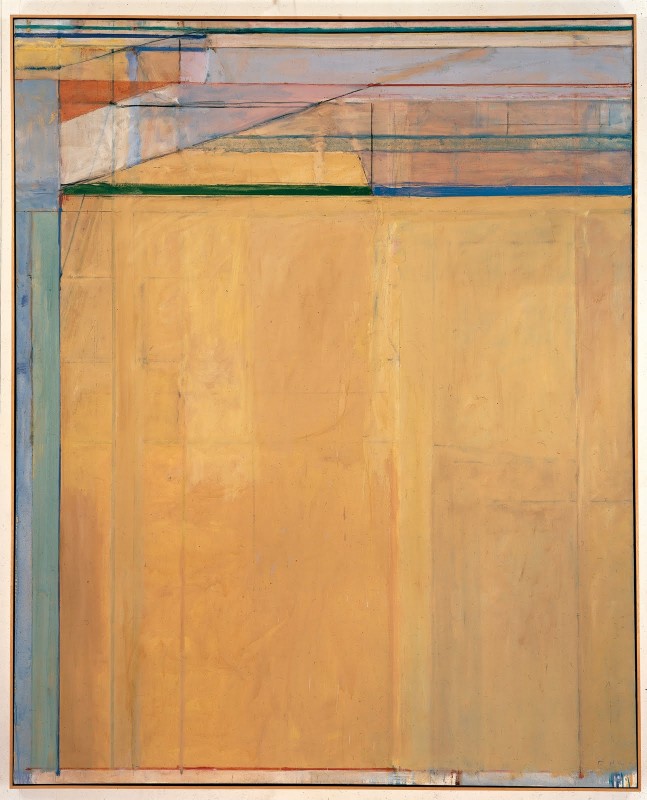 This modern painting by Diebenkorn (Ocean Park #67) bears a striking similarity to the Gee's Bend quilts. They have so much in common: an inexact geometry, strong use of color, abstraction, asymmetry that they might as well hang side by side in a museum. 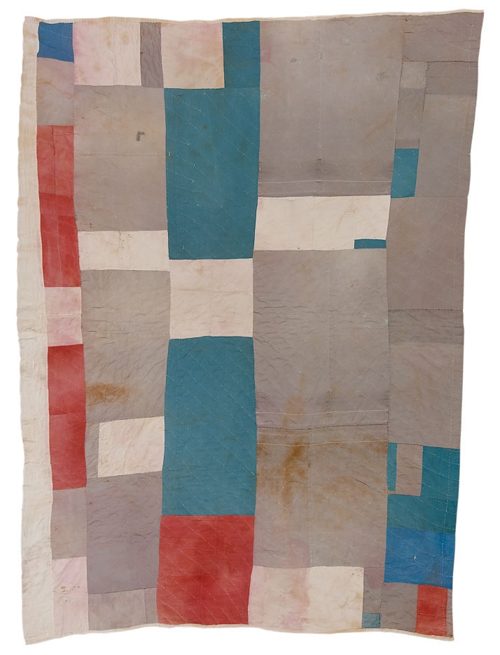 One of the most poignant pieces was a quilt made by Missouri Pettway after her husband died. Missouri's daughter Arlonzia describes the quilt: "It was when Daddy died. I was about seventeen, eighteen. He stayed sick about eight months and passed on. Mama say, 'I going to take his work clothes, shape them into a quilt to remember him, and cover up under it for love.' She take his old pants legs and shirttails, take all the clothes he had, just enough to make that quilt, and I helped her tore them up." 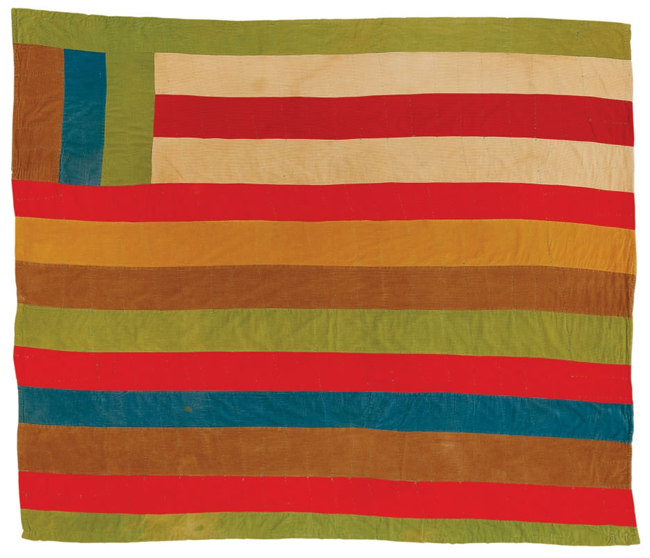 Yet another stunning quilt from Gee's Bend. With its red horizontal stripes and inset vertical block at the top left it echoes the form of the American flag but turns it into something original. 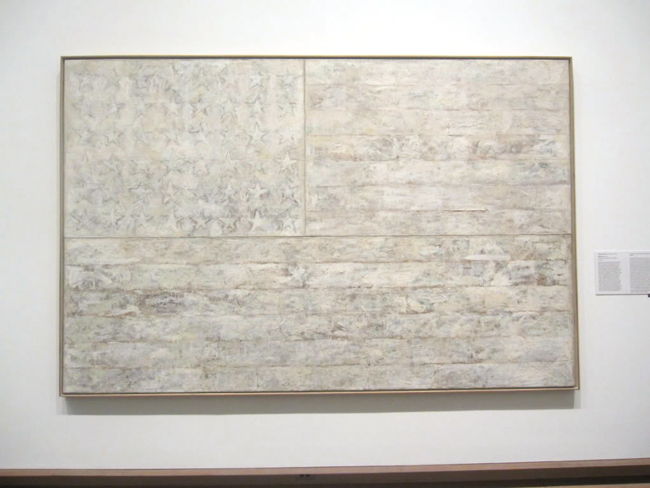 Jasper Johns, another modern artist, used American Flags over and over again in his work in different configurations. He's borrowing the visual language of the folk tradition. "White Flag" hangs in the MOMA in New York but you can't wrap it around your shoulders to warm yourself like you can with a quilt. 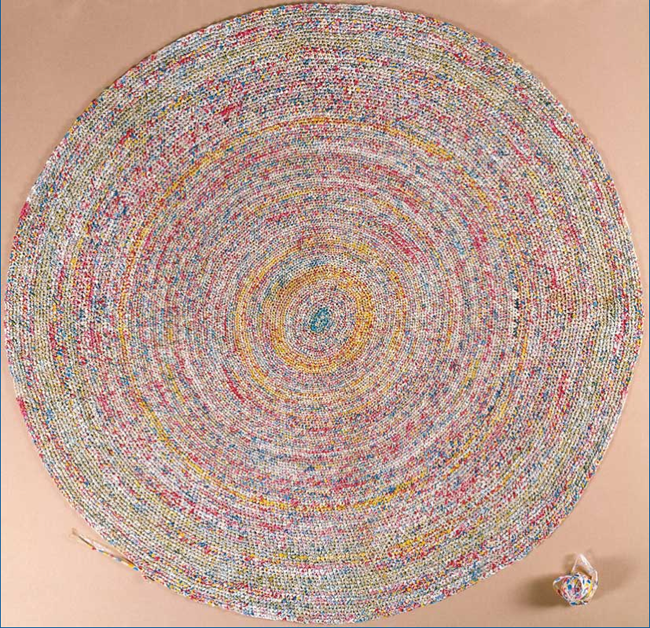 Last but not least (and this is a more contemporary example of American craft ingenuity)  I give you a rug woven together from strips of plastic Wonderbread bags. It's attractive, indestructible and a brilliant repurposing of humble  materials. Two of the best resources I found for photographic reference of American craft and folk items are the American Folk Art Museum and Eldred's Americana Auction.

The style, design and practicality of the furniture play an important role in its efficiency. It is always important to take into consideration the style of the home décor and comfort provided by the furniture before making a purchase.