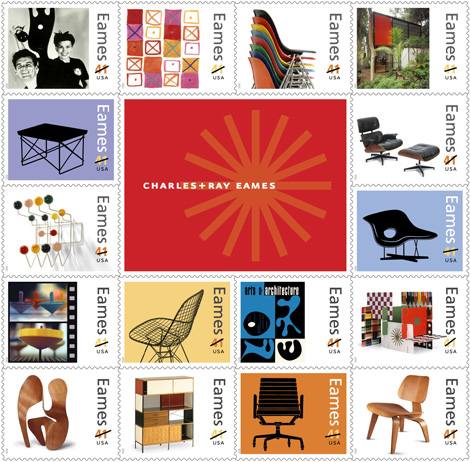 2008 Eames Stamps from the USPS

Flipping through the latest design annual of Communication Arts I was stopped in my tracks by a set of dramatic and powerful postage stamps from the British Royal Mail. A few pages later I was stopped again by a set of Zodiac stamps from the Canadian Postal Service. Sensing a trend cropping up, I felt like I should look into the current vanguard of postal design. Sadly, the above Eames stamps are no longer being sold through the USPS (though you can still find them if you troll the Internet). But a set saluting industrial design pioneers is currently available, and, if you're interested in the history of modern form and function, they're almost as covetable.

The Stamps from the Royal Mail that arrested my attention so effectively were a set commemorating the 50th anniversary of the Royal Shakespeare Company. There are actually two sets — one to commemorate particular performances through the years and one to honor each of the theaters. Both are spectacular. 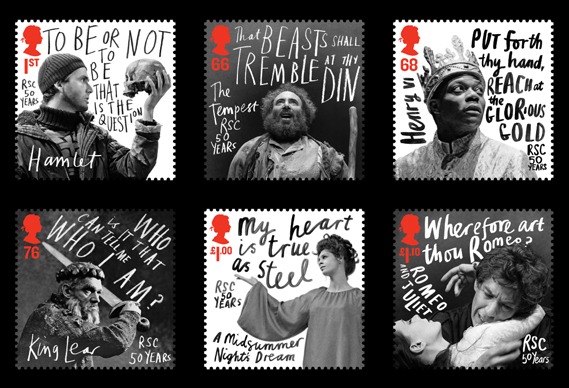 These stamps are by Hat-Trick Design, and among them is a stamp of Sir Ian McKellan in a 1977 production of "Romeo and Juliet." 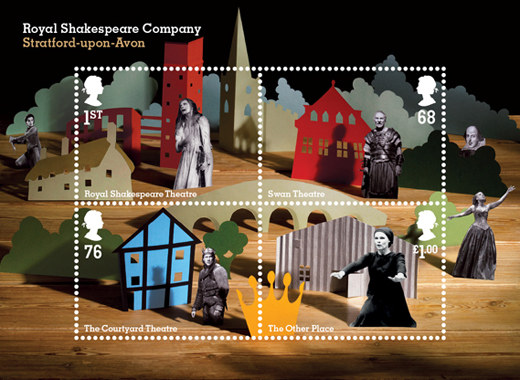 Also by Hat-Trick is the miniset of four stamps for each theater in the Stratford-upon-Avon campus. The other set of stamps that impressed me was a set of Canadian stamps done by Paprika Design in Montreal. The full set isn't available yet since it's being released as each constellation moves into prominence. 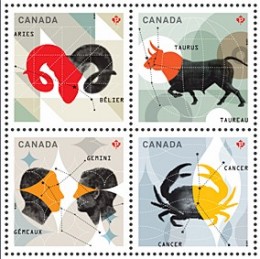 a closer view of three of the four stamps

You can see in the close-up versions that each sign is accompanied by a unique pattern and a map of its constellation. I decided to dig a little deeper into the esoteric world of stamp design and found various sites showing examples of current and soon-to-be-released stamps from all over the world. I'm naturally attracted to the less conventional, and I found a few more gems. I had already seen Jessica Hische's Love stamp since I'm a fan of her work. It's slated to roll out in 2012, and had it been out about a year ago it might have changed the entire design of my wedding invitations. 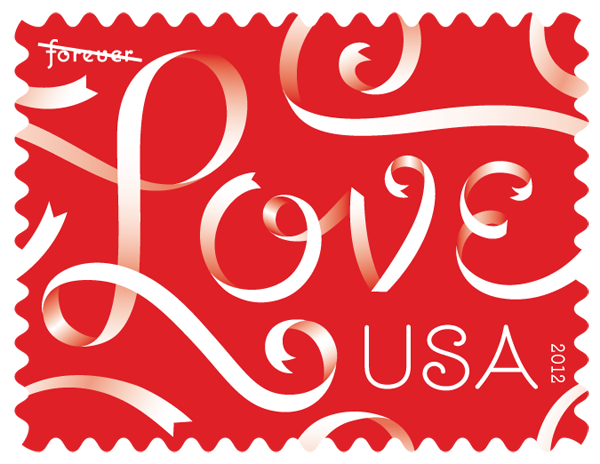 New Zealand also had a fun set of number stamps titled Counting in Kiwi with insider references to lifestyle, history and culture only other kiwis would understand. It was designed by Assignment Group. 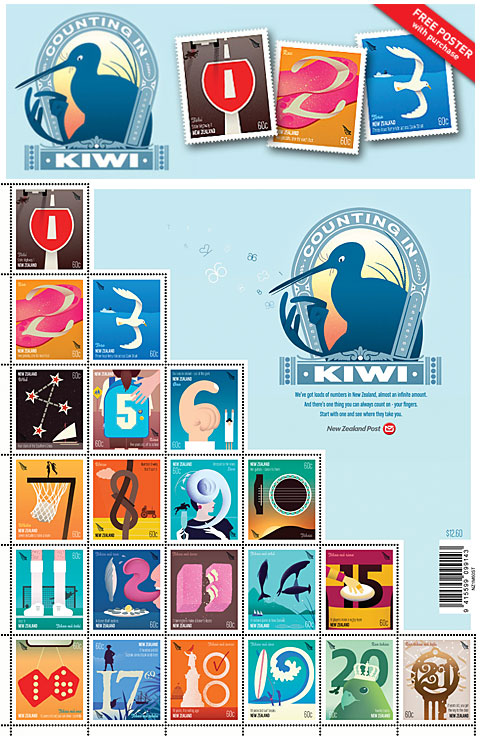 One refers to the State Highway that runs the length of both North and South islands. Three refers to the three-hour ferry ride across Cook Strait. Four refers to the four stars in the Southern Cross and so on. A set of stamps from Hong Kong was also eye-catching. The stamps honor the redevelopment projets that are renewing the city. 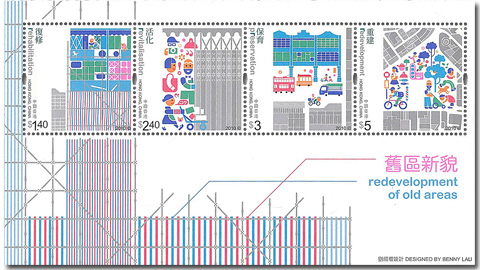 These stamps were designed by Benny Lau and show gray areas of the city being infused with color and life. 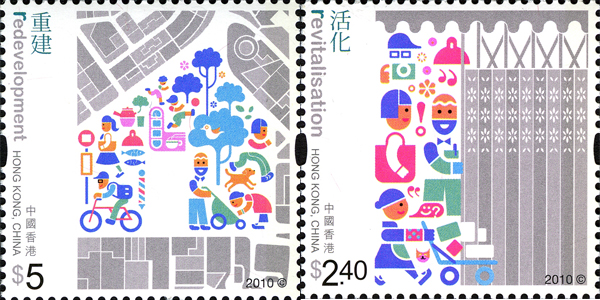 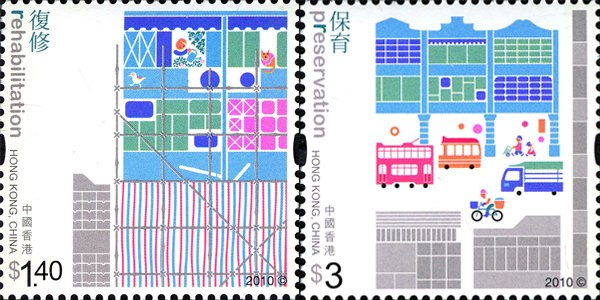 And finally, here is a really beautiful set of stamps commemorating the 100th anniversary of the death of Florence Nightingale. They were issued in 2010 by Guernsey Post and designed by The Potting Shed, which writes about the process it went through here. 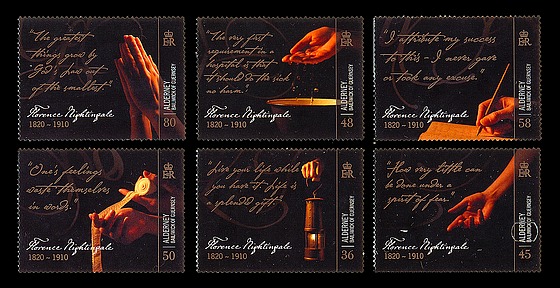 Each stamp contains a quote from Florence Nightingale on various topics and shows her healing hands. Here are two of them in close-up.