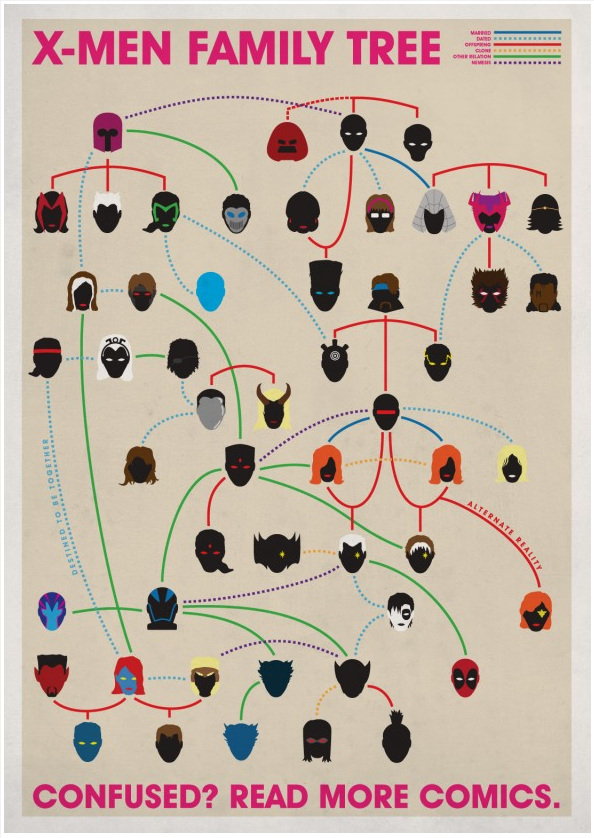 It's important to keep track of these things. (Image via Joe Stone.)

I'm what you might like to call a "visual learner." When I can see imagery to go along with a whole lot of words I tend to grasp it more quickly and retain it better. Maybe that's why I became a designer and not a mathematician -- go figure. This may be why I love good infographics. An infographic, at least a good one, takes a truckload of complicated facts and figures and distills them down to an easily understandable and attractive visual representation. Flowcharts are similar in that they take the abstract process of decision-making and turn it into more or less a board game. And who doesn't like board games? Well, the Internet being a giant grist mill that mashes up the serious with the humorous, has appropriated these structures for entertainment purposes. From Wired, a pie chart made of cookies.

Frank Chimero did a series of funny Venn diagrams (which are, sadly, no longer in his Flickr stream) on various topics. There are a few more below. 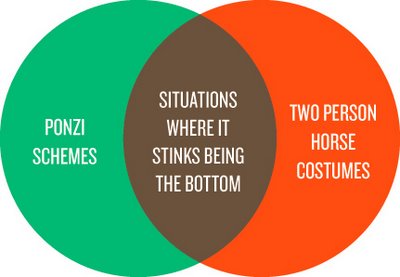 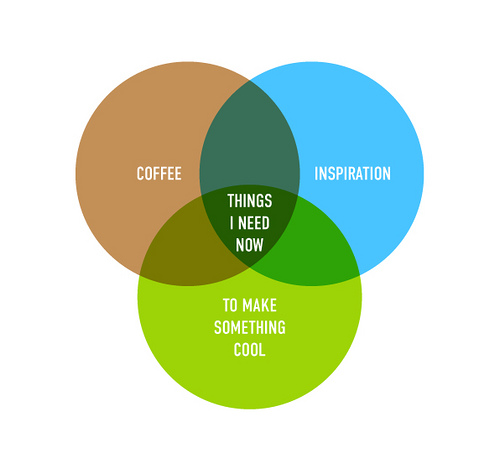 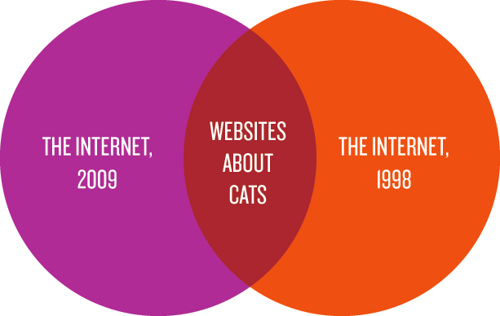 This fine Venn diagram is from The Rag Bag and opened my eyes to the unholy unions happening in the world of cutlery. 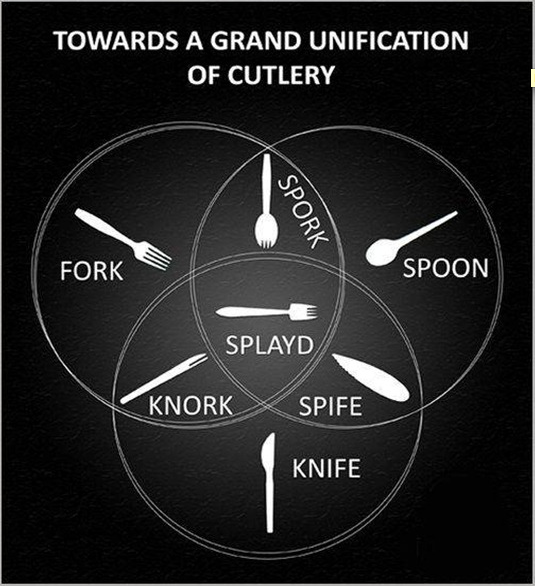 A useful gut-check flowchart from Typcut.

Or there's this one posted by Susanna Wolff on CollegeHumor.

But flowcharts can also have some real decision-making utility. As a designer, I find Julian Hansen's font-choosing flowchart very useful. It's actually a really great way for nondesigners to pick a font based on their tastes and the intended usage. (Find the full chart here.)

Here's a detail of where you might start if you were looking for a typeface for an invitation. 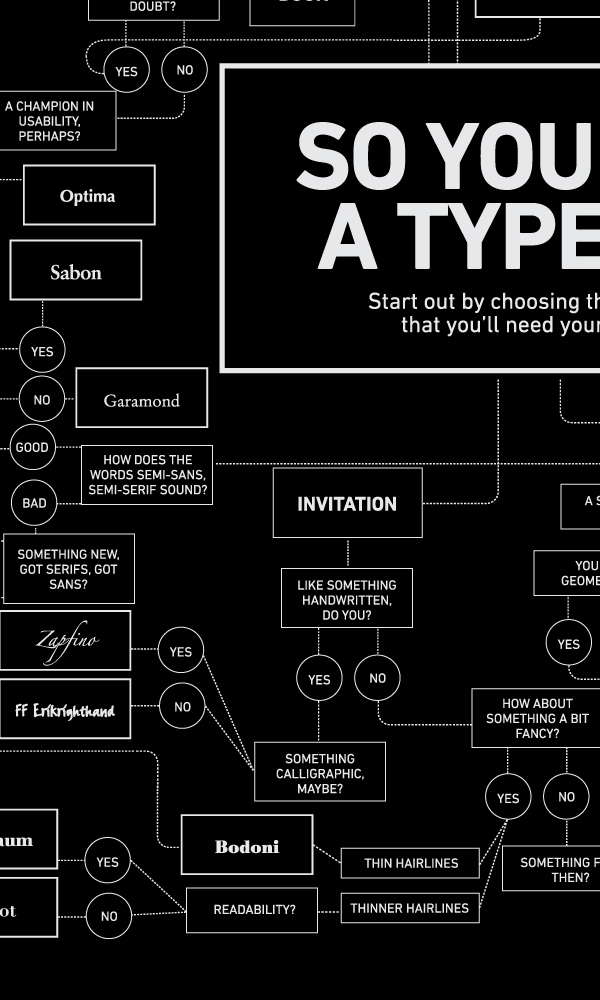 Another great decision-maker if you're looking for something new to read is SF Signal's flowchart of NPR's top 100 science-fiction and fantasy novels. (Find the full chart here.)

A lot of the selection criteria is really funny as well, so it's worth it to read through even if you're not in the market for a new book. 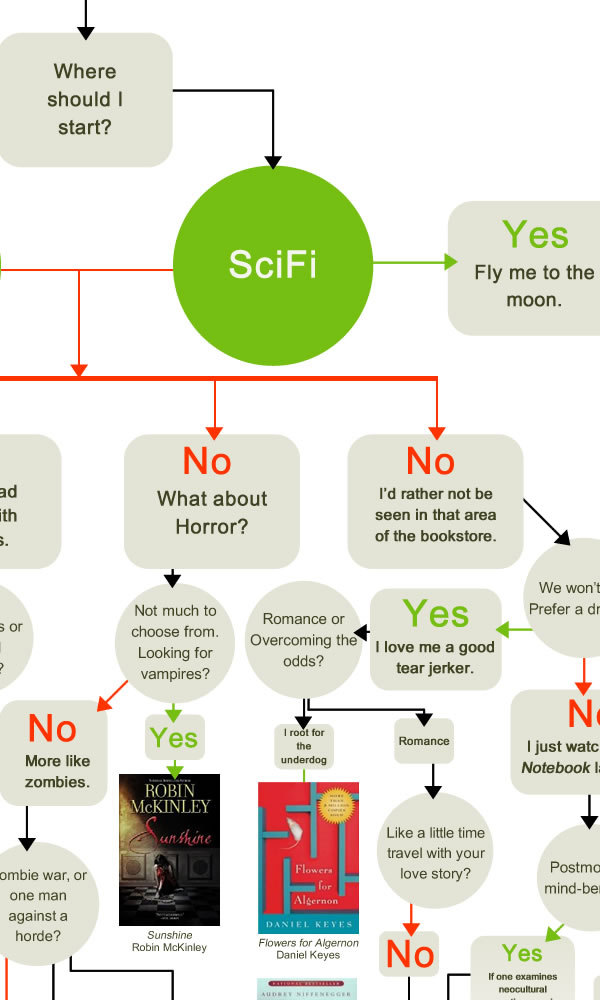 Another great chart for the TV obsessed is this one from The Rag Bag that gives props to some of the most familiar and well-worn character actors of this generation. 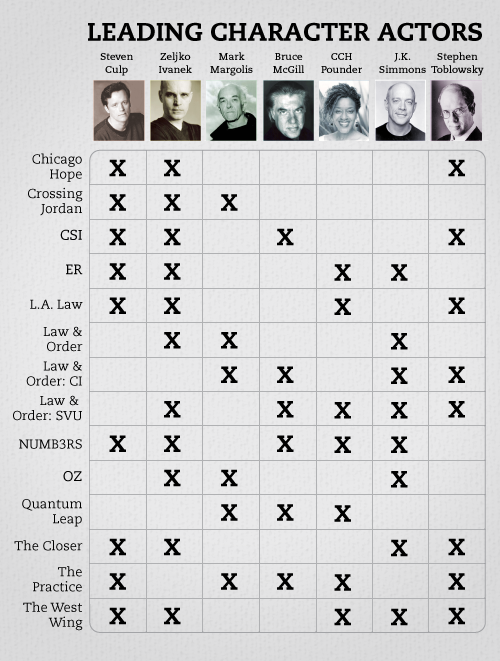 This reminds me of a really great one I found recently by a graphic designer - here is the link :) http://arenacreative.com/blog/graphic-design/how-would-you-like-your-gra...

These diagrams are very creative and interesting. Most of them I have not seen or unique ones . Kudos for creativity.

Thanks Creately! Which is your favorite?