If there were such a thing as the purr-fect customer, it would be Hoodcats. Adam Myatt has been photographing feral cats in PsPrint’s Oakland, Calif., neighborhood for the past several years. He then posts the photos on Instagram and Facebook, and I literally ooh and aah at every post. So when Myatt came to PsPrint to reproduce some of his cat photos for stickers, postcards and calendars, we jumped at the opportunity like a kitty leaping for a laser beam. Myatt raised funds through a Kickstarter campaign to print a 2013 calendar – which completely sold out. The following year he raised even more, and Kickstarter contributors received the 2014 calendar – which I have displayed at my desk here at PsPrint – as well as stickers and prints of the most popular Hoodcats photos. 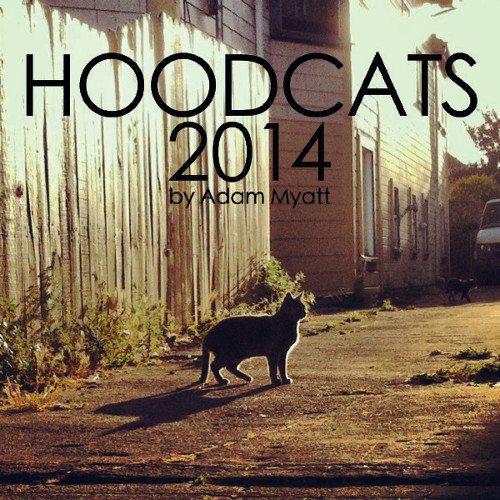 “Everyone at PsPrint has been so supportive and made it such an easy process for me to bring all these images into the real world!” Myatt told me. Now Myatt is taking the Hoodcats project a step further – he is partnering with the nonprofit rescue organization Cat Town to open the Cat Town Café. Cat cafes have been popular in Europe and Japan – they’re a place where people who might not be able to keep pets in their homes can observe and play with cats. The Cat Town Café wants to be the first such café in the United States, and it aims to take the concept beyond just socializing with cats. All Cat Town Café cats will be adoptable! 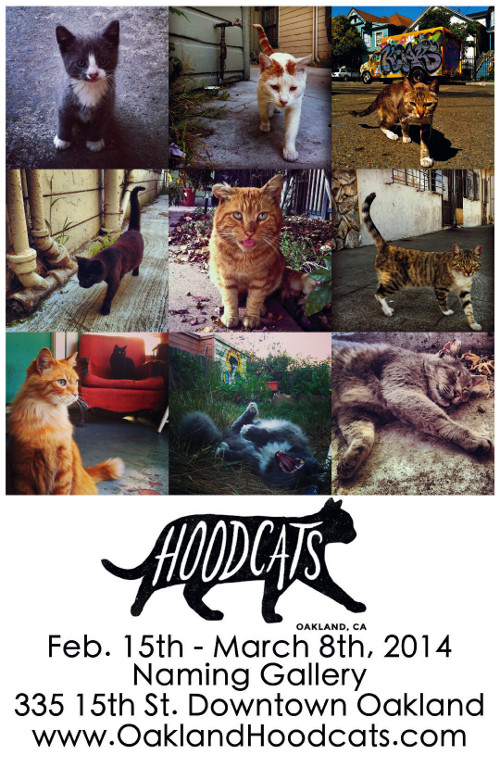 For most of April, Myatt traveled around Japan, researching cat cafes and even cat islands. He took along a huge stack of stickers printed here at PsPrint to pass out. 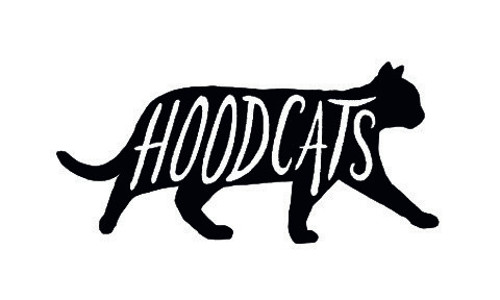 “The Hoodcats stickers were such a huge hit in Japan – anytime we saw someone with a cat shirt/bag/ears, we gave them stickers!” Myatt said, once he returned home. “And at just about every cat cafe we visited – 12 in all! – we left stickers and calendars, all printed by PsPrint!” The goal is to open the Cat Town Café in Oakland this summer or autumn. Round 2 of crowdfunding is happening over on Indiegogo, and Hoodcats and Cat Town are promoting the café at various events, including this weekend’s Oakland Cat Video Festival. If you go, keep an eye out for Myatt handing out these stickers and postcards that PsPrint printed! 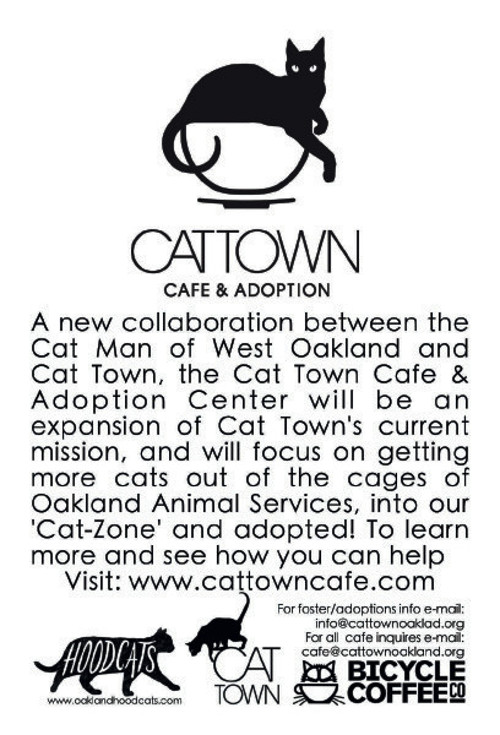 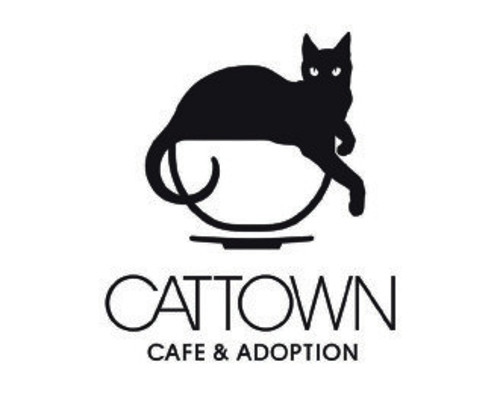